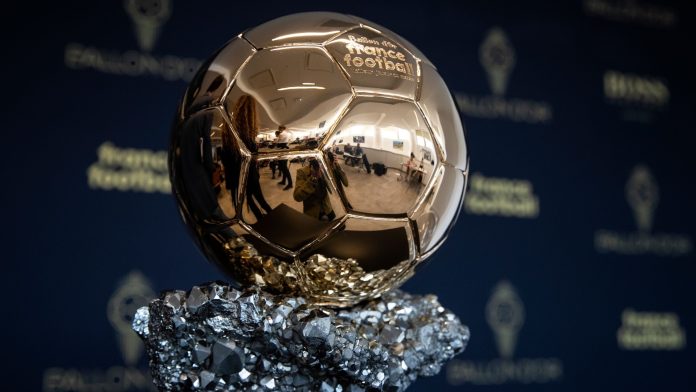 Background on Ballon d’Or 2022: The curious reason behind Scotland’s failure to vote and countries not casting their vote.

a new job. A new e-mail address and mail france football never received and that didn’t allow him to vote ballon d’or 2022,

This is the incredible story that saw him as the hero john greenchanchosen by the official French newspaper as a voter in relation to the journalist Scotland,

Last year it was he – at the time he signed for the Daily Mail – who voted for the British country in the poll that voted Lionel Messi the best player of 2021, surprisingly ahead of the Bayern Munich goal machine (now in Barcelona). Front and Poland Robert Lewandowski.

Greencham was due to repeat this year. Once the choice was confirmed, France Football sent them an email with instructions to vote at the previous year’s address. A message John never received.

the reason? Last February, the Scottish journalist left the ‘Daily Mail’ to start a new chapter in his career at ‘The Times’, however, forgot to report the e-mail address change to France Football.

John Greencham never received the email with Scotland, one of 7 countries not to vote for the 2022 Ballon d’Or contest, unexpectedly won by Karim Benzema. The regulation allowed the first 100 countries in the FIFA rankings to cast their votes, with ‘only’ 93 arriving correctly in the Transalpine newspaper.

As we said, according to the rankings released by France Football, there are 7 countries that have not cast their vote this year. apart from scotland we find Costa Rica, Burkina Faso, Jamaica, United Arab Emirates, Uzbekistan and Curacao,

The 7 votes, however, could hardly change the result in light of the clear victory of Karim Benzema, the undisputed winner of the France football competition and winner of the 2022 Best Footballer award.