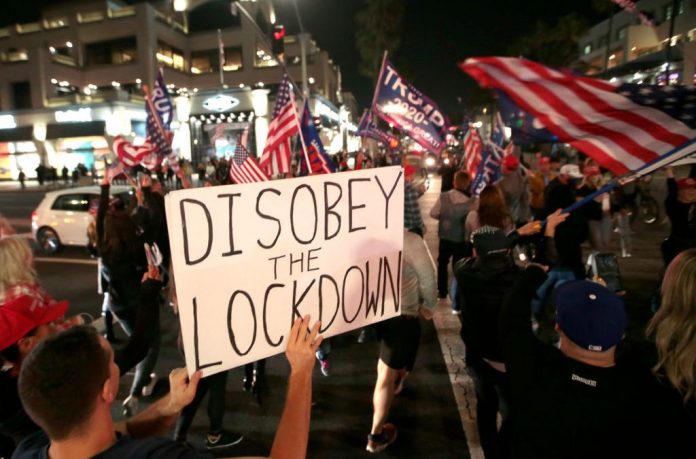 Orange County reported 1,666 new cases of COVID-19, but no additional deaths were reported Saturday, bringing the county’s total to 76,761 cases and 1,577 deaths.

The county received a large number of new cases after the county reported 1,4343 new cases and 1 additional death on Friday, but the number covered two days as there was no update on Thursday due to the Thanksgiving holiday.

The three-day average of hospitalized patients changed from 16.8% to 12.3%. The county has 24.8% of its intensive care unit beds and 63.4% of its ventilators available.

The numbers that have come in over the holiday weekend confirm the fears of the Thanksgiving-fueled extra officers. Orange County CEO Frank Kim said earlier this week that he was “very concerned” about the case and the hospitalization.

“And yet, in conversations with various hospitals (executives) with me, they seem more confident than ever about how they are being treated for the disease, but I’m not taking any of them lightly,” Kim said. “Hospitalization and any increase in ICU rates is a significant concern for our community.”

Officials recommend waiting at least two days after an event or gathering for testing as the infection cannot be detected right now.

See also  back in the future. Curing Our Addiction to Growth

“I’m terrified of the trends we’re going to see after Thanksgiving,” Numer told the City News Service. “People don’t appreciate that we’re registering deaths from the summer waves until October.”

Numer predicted more cases than the peak of July.

“But this is not going to be the same as the second of July,” Neumer said. “I think it’s going to get worse.”

Hospital admissions were at an all-time high on Aug. 10, Noymer said.

“We’ll be back to July (level) by the end of next week,” Numer said, “and whether it’s like July or worse.” There are reasons to believe that we will only get worse. “

Numer said this is mainly because cold weather is pushing people towards more indoor activities and some students are still attending classes in the classrooms.

The worst day to be admitted to COVID-19 Hospital in Orange County was July 14, when there were 722 patients.

You may wonder why toilet paper – including charmin – is starting to become scarce again. Stores are limiting purchases, shelves are getting empty, just like in Spring. Gordon Tokumatsu reports for NBC4News on November 27, 2020 at 5 p.m.

In the state’s tiered monitoring system, which is updated Tuesday, the county’s systematic daily case rate per 100,000 residents has risen from 10.8 to 17.2 and the positivity rate has risen from 6.6% to 8.8%.

The positivity rate fits into the red level of the state’s four-tier re-guide, but the daily case rate per 100,000 is well above the 8% threshold for the highly restricted purple level.

See also  He Heals from Covid, a Touching Letter of Thanks to Health Professionals

Kim said the optimistic vaccine is on the way and is expected to arrive by the end of the year. Hospital vaccine systems will receive the vaccines directly and individual hospitals will receive doses from the county, Kim said.

Frontline health care workers will be among the first to receive vaccinations, including those with underlying health conditions that make them particularly susceptible to the disease.

It is hoped that increased testing and awareness of the infection will encourage more alertness and isolation and other social distance methods that will help prevent the spread of the virus, Kim said.