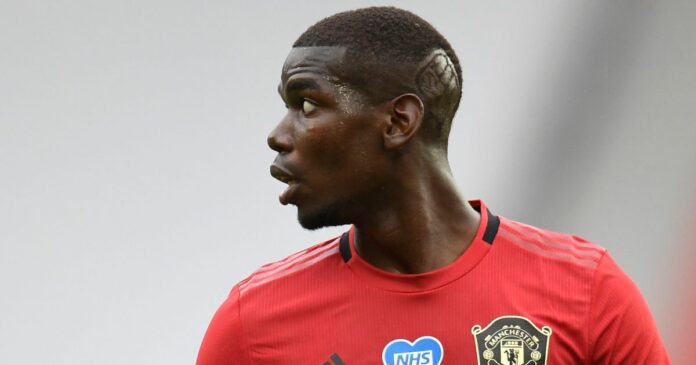 Manchester United must be enjoying the silence around Paul Pogba this summer.

For once, there is no speculation surrounding the Frenchman’s future; no murmurs of a return to Juventus, or a mega-money move to Paris Saint-Germain, Barcelona, or Real Madrid.

No, Pogba is staying put for now and he is primed for a big season at United.

His agent, Mino Raiola, is often portrayed as a villainous figure trying to usher the midfielder out of the Old Trafford exit door. This summer, however, his annual Pogba update was warmly embraced by United fans.

“Man United will not accept any bid on this summer to sell Pogba,” Raiola said. “We’re going to speak about a new contract soon, no stress.”

That morsel of positive news was both much-needed in the still Jadon Sancho-less landscape and in stark contrast to 12 months ago when Pogba publicly declared his desire to embark on a new challenge.

Since then, however, the situation at United has improved. Under Ole Gunnar Solskjaer, the Reds recovered from a slow start to the season, rallying after lockdown to secure third place in the Premier League.

And while Solskjaer’s side scooped the dubious honour of being the first United team in history to exit three different semi-finals in the same season, there were clear signs of progression during the final weeks of the campaign.

The arrival of Bruno Fernandes in January undoubtedly drove United towards securing Champions League football, too, with the Portuguese playmaker contributing eight goals and seven assists in 14 league appearances.

All of these factors combine to create a happier, more settled environment for Pogba, who was given an extended run in the team following his return from injury in June.

The 2018 World Cup winner, who enjoyed his best season at United in 2018/19 with 13 goals and nine assists, only managed six Premier League outings before once again injuring his ankle in the Boxing Day win over Newcastle United.

Due to the Covid-19 pandemic, it would be six months before he made his return as a second-half substitute in the 1-1 draw away to Tottenham Hotspur.

In that game, Pogba looked sharp and enthusiastic, like he had recaptured his appetite to play for United.

The Frenchman won a late penalty, which was converted by Fernandes, after his dancing feet befuddled Spurs defender Eric Dier.

And while that audacious display of footwork was not the precursor to a flurry of goals and assists – he only managed one of each following lockdown – Pogba undoubtedly reestablished himself as a central figure under Solskjaer, albeit in a different role.

With Bruno’s arrival, the United boss has been able to rely upon a settled front four of Martial, Greenwood, Marcus Rashford and Fernandes.

Unlike Pogba, Bruno is an out-and-out No.10, a natural playmaker who plays on the half-turn and thrives on creating neat combinations with his teammates around the box.

While not the strongest defensively, Pogba is more of a central midfielder, meaning he is better suited to the deeper role in Solskjaer’s system.

In that position, often alongside either Fred or Nemanja Matic, the Frenchman has been able to spray his trademark, quarterback-esque passes out wide or up front.

That has not stopped him from influencing the game directly from the final third either, though, as he teed up Bruno’s strike in United’s 3-0 win over Brighton, nine days before guiding home a 20-yard strike of his own in the 3-0 win at Aston Villa.

That is not to say that Pogba has been infallible in recent months: he was at fault for one of Southampton’s goals in the 2-2 draw at Old Trafford, a result that really seemed to kill United’s momentum ahead of the final month of the season.

There are fans, too, who would prefer Solskjaer to pair Bruno and Pogba together as the two advanced midfielders in a bolder 4-3-3, system echoing Pep Guardiola’s system at Manchester City.

Want the lowdown and insight on Jadon Sancho and United’s transfer moves? Get the latest breaking Manchester United news and analysis every day direct to your inbox with our free MUFC newsletter

However, whether or not a tactical change is forthcoming, the main thing is Pogba’s happiness.

After months of speculation surrounding his future followed by months of injury woes, the Frenchman seems to be enjoying his football at United once again.

One of Solskjaer’s main tasks now will be keeping him content. Signing a couple of marquee players to signal the club’s ambition ahead of a return to the Champions League would be a start, of course, but even without Sancho or Jack Grealish, Pogba has a huge role to play for United in 2020/21.