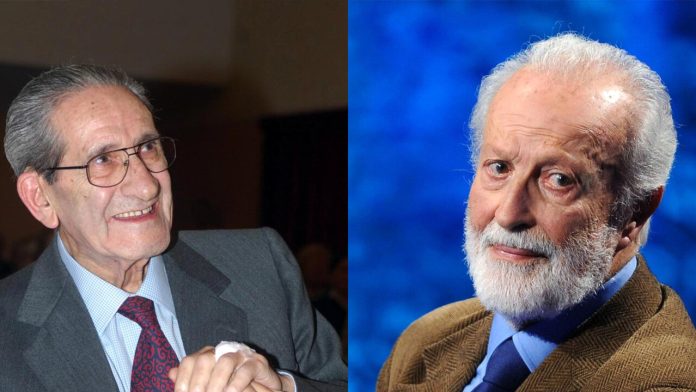 Perugin description. When, along with Giulio Nascimbeni, we annoyed Eugenio Scalfari. Reminds me of the kindness and tolerance of the great journalist.

Few people know this, but for a time, the civil envoy was an associate of the great journalist Giulio Nascimbeni (some say “ghost writers”, but that’s too much).

Nascimbeni was the leader of the cultural sector of the Via Solferino newspaper. His last interview with George Simenon, which (he told me) only he wanted to give. Giulio told me that he found himself in Montel House not by chance, when the poet of “Ossi di Sepia” received news of the Nobel Prize in Literature. The reporter was forewarned and set out to collect the first impressions of the great poet, his personal friend. Out of which he wrote a laudable biography. In addition, he is a poet of self-recognized valor.

He was such a friend of the Ligurian poet that he told me that he was one of the very few to whom Montele donated his paintings that he did not show to the public. And he also told me about his son, Enrico, artist, musician, writer. I was glad to talk to him. He was almost the age of my father whom I had lost very young. Given our shared classicist background, we also shared interests of a philological and archaic nature.

Now, it so happened that I had to write to Nascimbeni a few times, suggesting ideas for the column “Journalism School”.

Giulio, who was of a certain age and relatively followed newspapers, took a liking to me and asked for a collaboration, to be kept confidential. The fee was set up unilaterally, sending me “money orders” from time to time. Its modernity was relative. He didn’t know how to use e-mail and I had to send him the paper. He asked me to type the note and send it (even!) by fax. He walked down from the tobacconist and sent it to the courier. But he was nice and generous. When he was not at home, he spoke to my wife and said to her: “Do you know that I still have all my dark hair?”, Or he believed in his loneliness. He told me of his dismay when the porter of the newspaper once asked him what he wanted, he asked him “Naskimbeni, who?”. After serving with honor for half a century, in the chosen patrol of Corrierone.

For cooperation, I sent them notes in which I highlighted errors and omissions in the reports published in various national newspapers. Sometimes, Giulio made my name and surname come true. Sometimes he used to call me by nickname. What I liked most was the reference to the Scottish philosopher Giovanni Duns Scotus, “Doctor Subtilis”, because of the precise, even bizarre arguments for which I “ridiculously” the texts.

Giulio especially appreciated the criticisms of Eugenio Scalfari. I checked Sunday’s long editorial on Republica with Lens and, generally speaking, I found a few errors.

Giulio was excited about it. I do not know whether this was due to a poor personal relationship with Scalfari or because the criticism was part of a conflict between two major national newspapers. I felt like a “nance in Humeris gigantis instance”, but I was pleased with it.

The fact that Nascimbeni told me he had learned of Scalfari’s irritation at those pinpricks.

Once it happened that Eugenio Scalfari came to Perugia via Innamorati for a meeting at Aula Magna. He taught the best lessons of journalism. I remember a joke. He had this to say: “The news of a cinnamon that doesn’t work in a neighborhood garden is as good as an international political report”. I kept that reflection in mind. Inspire my journalistic work to be the story of the city, even in its minimalist aspects.

At the end of the report, a little hesitant, I approached Scalfari to compliment him. I introduced myself (shamelessly?) as a “Doctor Subtilis”. He smiled and replied: “Ah, is it you?”. With almost a partner. a real gentleman.