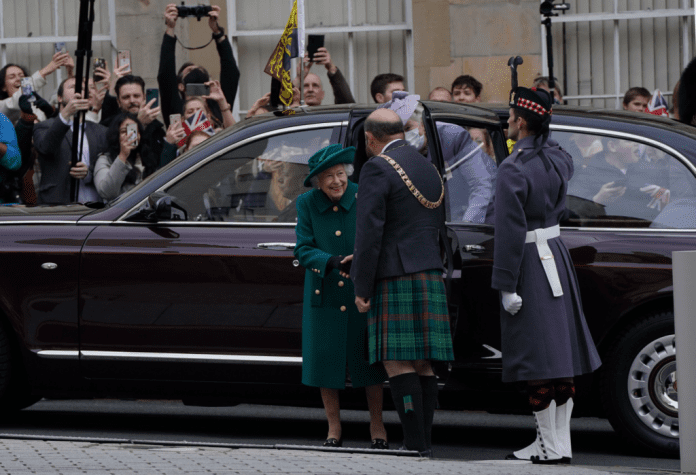 There will be street parties, yes, and cucumber sandwiches and Union Jack bunting. But the cream of the Platinum Jubilee celebrations of the Queen of Scotland, served with tea and glitz, may also contain a healthy dose of skepticism.

A poll conducted in May found that less than half of Scots (45%) want to keep the monarchy for the foreseeable future, with more than a third (36%) agreeing that the Queen’s rule should be transferred to an end. will be the right time. in a republic.

Across Britain, 60% want to retain the monarchy, according to research by the British Future think tank, suggesting that the approval rate is significantly lower north of the royal family’s range.

Part of this reluctance to adopt a monarchy in modern times stems from the rise of the independence movement, which has always had a complicated relationship with the Queen and should remain head of state if the nation voted to leave the UK.

Alex Salmond, the former prime minister who brought Scotland to the brink of independence in 2014, firmly believed it should, and the SNP’s official position prior to the referendum was that it would continue.

However, since then some members of the party – including Alyn Smith, an MP and the party’s current spokesperson for Foreign Affairs in Westminster – have suggested that a second referendum should be held to determine whether Scotland has accepted the monarchy. retained or became a republic.

The Queen herself intervened in the independence debate shortly before the 2014 vote, telling a member of the public outside the church (and carefully within the ears of journalists) that she expected Scots to “look very carefully at the future”. Will think”.

six years later, the former financial Times Publisher Lionel Barber stated that the episode was “artificially” pre-planned by the monarch, revealing that he had been told of his plans over lunch with Prince Andrew, Duke of York, a couple of minutes ago.

After the referendum, then-Prime Minister David Cameron was caught on camera saying that when he called the Queen to tell Scotland had not voted, she “sneaked at them” – a breach of protocol. He later said that he deeply regretted it.

Given this past history, it is perhaps not surprising that many supporters of Scottish independence remain skeptical of the Queen and the monarchy, despite Buckingham Palace’s continued opposition that royalty never interferes in politics.

A poll for Sky News in March showed that Scotland is divided overall on retaining the monarchy after independence, with 56% of Yes voters believing the nation should become a republic.

The Scottish Greens, who are currently in partnership with the SNP in Holyrood and have two ministers in the Scottish government, are eager to see the monarchy’s back on fulfilling its goal of independence from Britain.

Stepping down from the SNP position, a Greens spokesman said earlier this year that Scotland should become a nation “free of crippling inequalities and privileges” with a “democratically accountable head of state”.

If indyref2 were to materialize over the next few years – a scenario that seems impossible at the moment – ​​the Scottish government will likely remain as faithful as possible to the status quo.

By arguing that the queen would remain head of state after independence as she is in other Commonwealth countries, she could somehow reassure voters who still maintain a huge passion for the monarch. But what will actually happen is far from certain.