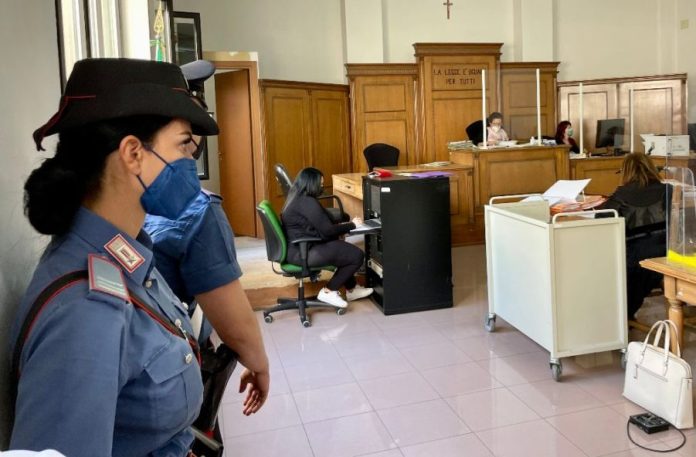 In front of Judge Concetta Buccini tomorrow morning, the defamation suit against the famous Sulmonian chef Claudio Antonucci, known as “Il Musiere”, who has been working with his restaurant “La Parco” in Northern Ireland for several years , which is a destination for actors and personalities. From the world of entertainment and ambassadors around the world. Surprisingly, he was also in the courtroom before the judge, returning to Sulmona specifically to attend the hearing. Antonucci sued for posting a comment in an online newspaper, interfering with Kogesa’s facts and criticizing the administrators of the investiture, which at the time ended up under the magnifying glass of the prosecutor’s office. To condemn the famous chef, it was the former sole administrator of Cogesa, Enzo Margiotta, who objected to some of the phrases considered defamatory. At the hearing yesterday morning, after the parties were formed, Antonucci, who is defended by lawyer Vincenzo Kolyakovo in the judicial proceedings, wanted to make a spontaneous statement outlining his complete goodwill, and that he had no intention or intention to offend him. There was no intention. Discrediting lawyer Margiota. In addition, Antonucci intervened in the Scottish and Northern Ireland constituency as a member of the elected Comets Executive. “I felt that it was natural to participate in the discussion that started on the Kogesa front, based on the role played in recent years and above all to repeat it” administrators of companies, especially those in which municipalities have a stake , should manage as a good father of the family, and not entrust the functions without reason or reason, as was reported by the press in those days and by the same investigation initiated by the then head of the prosecutor in the court of Sulmona was done, Giuseppe Bellelli”. “Among other things – the Italian-Northern Irish chef continues – the same prosecutor has filed a similar proceeding against politicians and journalists who were accused of defamation by Margiota, an allegation that the prosecutor considered “distinctive”. “Finally”, Antonucci concluded, “the remarks in question did not pertain to lawyer Margiota, who had meanwhile stepped down, but to the new Kogesa”. The trial was then updated the following October, relating to the settlement and separate collection on behalf of about sixty municipalities when Margiota was the company’s sole administrator.