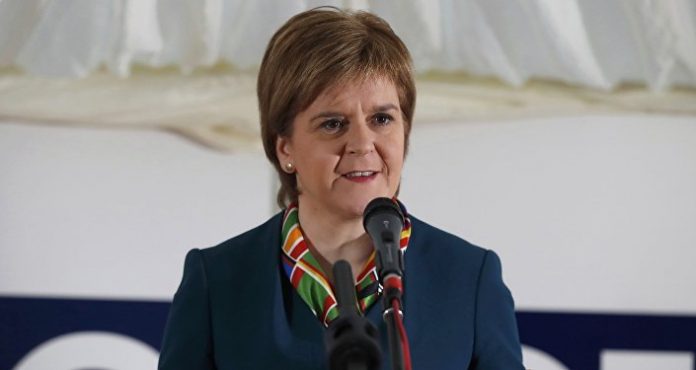 After failing in 2014, Nicola Sturgeon’s latest statements open for a possible new referendum for Scotland’s independence.

Scotland’s Prime Minister Nicola Sturgeon has issued important new statements to Sky News, stating that the sooner their country achieves independence from the UK, the better.

The head of Edinburgh said, “I think for all the reasons I mentioned, that the sooner Scotland reaches the power of freedom to write its future, the better for all of us.”

In response to questions from reporters, Sturgeon said that an exact date is not yet pre-set for the second referendum for the independence of Scotland, but indicated that it could be held in the first part of the next mandate. Scottish Parliament, which will begin in 2021.

However, Sturgeon denied speculation about a possible decision already taken on the referendum to be held in autumn 2021 and clarified that there is currently an atmosphere of uncertainty due to the Kovid-19 epidemic.

On that occasion, no one won with 55.42% against the 44.58% received by Yes; One result that should not be misleading, however, was that the gap between the two sides after a few weeks of the vote was over 20 points in favor of the blockers of the separation from London to Edinburgh.

To achieve that victory, the British government led by James Cameron launched a massive bipartisan campaign against the Scots, which saw the participation of all political parties to prevent the secession of Scotland.

See also  Snoop Dogg crazy for Celtic: "Champagne and Indian food if they win the championship"

For their northern brethren, the British made important promises of privileges, including financial ones, that have not been granted to date.