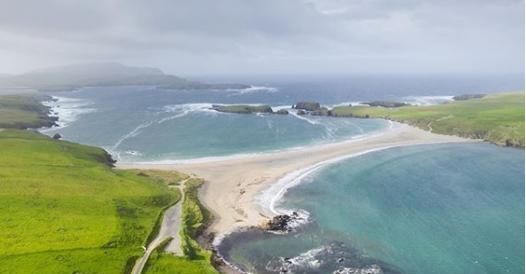 from our correspondent
LONDON – A new separatist wind is blowing in Scotland: but it is not one that would seek to take Edinburgh away from London’s dominance. In contrast, this time it is the Shetland Islands that want to secede from Scotland: the remote archipelago famous for its raw wool sweaters has actually voted to get it. “Political and Financial Self-Determination”. This is a development that will go sideways nicholas sturgeon, the Scottish prime minister who promised to free his people from the English yoke: but, one might say, whoever hurts perishes. Because, as the newspapers wrote, now is the time shaksit,

Shetland, on the other hand, isn’t really Scottish: it was part of Norway until 1472, and today its 20,000 inhabitants are still proud of their Viking traditions. Those islands are geographically closer to Scandinavia than Edinburgh and for centuries the Vikings used them as bases for their raids. But it’s not just sheep and sweaters in Shetland: they’re rich in their water. oil and natural gas fieldsas well as important fish stocks.

The natives aim to guarantee a prosperous future free from Scottish dominance over these same resources: indeed, they complain that Local money being sucked out of Edinburgh’s government, For now, Shetland is not aiming for total independence: if anything, they want to become a self-governing British overseas territory, on the model of channel Islands, And another example they’re seeing is their neighbors Faroe Islandswhich are formally part of Denmark but have an autonomous government and parliament.

Above all, in Shetland They do not take kindly to the independence of Scotland, which is fast approaching. Next year, Nicola Sturgeon’s Nationalist Party hopes to win an overwhelming majority in the Edinburgh Parliament in local elections and use this to demand a new referendum on independence from London: but if Scotland breaks its bonds with Great Britain If it leaves, Shetland is ready to do the same with Scotland.