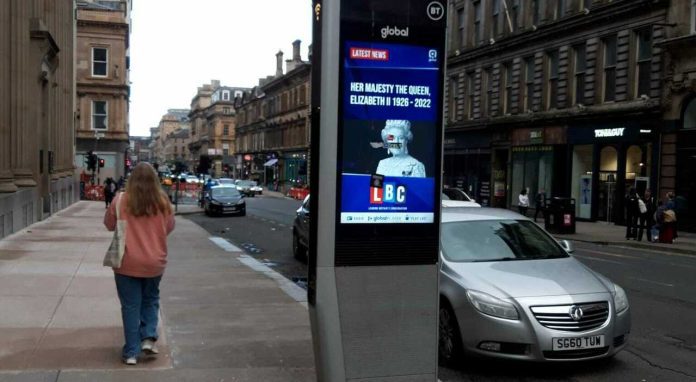 Champions League music won’t play at Ibrox Park tomorrow night. Neither UEFA anthems nor any other pre-match songs. Rangers have reported this to UEFA, which has taken note of the Scottish club’s decision. After this there will also be a black armband. Worship of mourning The last time the return to the Champions League after 12 years with Manchester United should have been celebrated. It is not, it cannot be. With Queen Elizabeth II at St. Giles’ Cathedral, which is a few kilometers away here. And the new King who will be in Edinburgh until this morning before leaving for Wales. There is no trace of Neapolitan fans in the center of Glasgow: out of the 600 who bought tickets, many have communicated that they have abandoned the trip: they charge ticket money and even several nights. As for flying, each company operates according to its own rules. Who is here Professor Bruno Siciliano: He was supposed to give a lecture in Edinburgh, but the activities of the universities are also suspended as long as the coffin of the sovereign remains in Scotland. «Today I will be in Glasgow but I know it will be difficult to enter the stadium because of the restrictions. I am sorry. The UK is experiencing a truly unique phenomenon, ”says the scientist.

The flag of Great Britain, the Union Jack, is flown at half-mast over the town hall building in George Square, the square dedicated to King George III., The residents here have “Glaswegians” stacking hundreds of flower bouquets neatly and there is a strange silence between St. Andrew’s and the pub (though open) behind the shopping windows. «Naples and Ibrox! Get your tickets now », Dribble on the Rangers fans social network. Ibrox Park will have 50 thousand spectators, but domestic fans are quite angry: with UEFA for a ban on leaving for Naples on 26 October. The club has promised that it will try to change the minds of Nyon’s managers: already 2500 have taken steps to secure flights to Naples for those days of the return match. Neapolitan fans were prevented from arriving here for obvious reasons of public order. There are virtually no traces of agents in the streets of central Glasgow, not even in Buchanan Street, where Lazio fans found themselves sipping Roman salamis when they visited in 2019. All the police are in Edinburgh. On Glasgow newspaper websites, police warn you not to travel to Edinburgh except for reasons of force majeure. There has been an influx of people and there is a fear of attack. The coffin of Elizabeth II has been in the Scottish capital since yesterday morning. It will remain there until noon, when unfortunately Scotland will return to its normalcy. TVs are connected live with St. Giles Cathedral where the new king is.

Glasgow thrives on football, as evidenced by the fierce rivalry between the two city teams, Catholic supporters of Celtic and Protestant supporters of Rangers. Yet the Champions League is still in the background. Even if the dispute is over high prices: 71 pounds, or about 80 euros, to participate in the game. The whole world is one country. Images of TV without sound in a pub: the charming order service on the Royal Mile in Edinburgh helps us understand how complex it would have been to manage public order in Glasgow today. In fact, the coffin will leave the political capital to be taken to London in the early afternoon. If Edinburgh is the political capital of the region, and Aberdeen with its oil fields is the economic capital, Glasgow has always been its moral capital. It is the largest Scottish city, with 600,000 inhabitants including the suburbs, increasing to 1,200,000: a quarter of the Scottish population. In the clubs on the banks of the River Clyde, no one is connected to the television that talks about football: they prefer the non-stop live broadcast of the memorial ceremony. The Light Blues and Gio van Bronckhorst are back from two consecutive 4-0s (and one with Celtic). They have risen after a relegation to the table in the Third Division in 2012: having fallen into a circle of hell after years of irresponsible and suicidal administration, remained hidden until the end. Tax bankruptcy and liquidation for bankruptcy. Now back to the Champions League. Even if it is a comeback full of sorrows.

See also  Panasonic introduced the short work week. Who will be next?