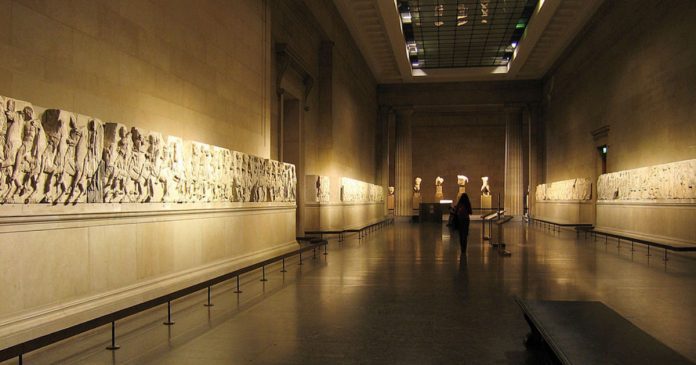 After years of pressure, more or less covert contact and campaigns in favor of repatriation, The Parthenon Marbles May Soon Return to Athens, In truth, it is not known how quickly, because the more easily understood the interactions, the more likely they are long, complex, and involve multiple players. Yet, this time it may be closer than we can even remotely imagine last August. Indeed, in the middle of summer, Jonathan WilliamsDeputy Director of British Museum CThey have housed iconic Greek temple pediments, metopes and friezes for two centuries, they opened a window, explains the museum.He was ready to turn the temperature of the debate”: Translated, the body was available to reopen negotiations thanks to a decisive push by UNESCO, which urged the parties involved to resolve the problem at the international and political level.

After all, the restoration of the Parthenon’s friezes has been debated for centuries, with the ferocity with which in the early nineteenth century lord elginBritish Ambassador 75 meters of ancient marble was stolen (out of a total of 160) From a 5th century BC temple on the Acropolis dedicated to the goddess Athena. target? Furnish your villa in Scotland with, Finally, the frieze, transported by sea to London, was acquired by the British Museum and has become one of the most visited museums in the world for decades. Over the years efforts have been made by Greece to obtain the return of the “lost piracy” and if so far all offers have been unsuccessful, Latest rumors reveal the possibility of an unexpected twist, “There have been secret talks in London in recent days. According to Greek officials, the prospect that the stones could one day be returned to Athens is not only ‘exciting, but also real'”, he writes. RepublicTo. But what triggered this optimism? First a meeting at the Greek embassy in London, then another at a deluxe hotel in Knightsbridge, where the Greek writes daily ta niaThe President of the British Museum and the former Chancellor of the Exchequer will meet, george osborneand the Greek prime minister, kyriakos mitsokatis, The latter, “spoke of ‘progress, finally’ during a meeting at the London School of Economics, and that ‘a win-win solution is possible’, which satisfies both sides”. Among those who have not commented for now are the top management of the British Museum, which has no intention of “destroying its collections” but has not ruled out talks with the Greek government.