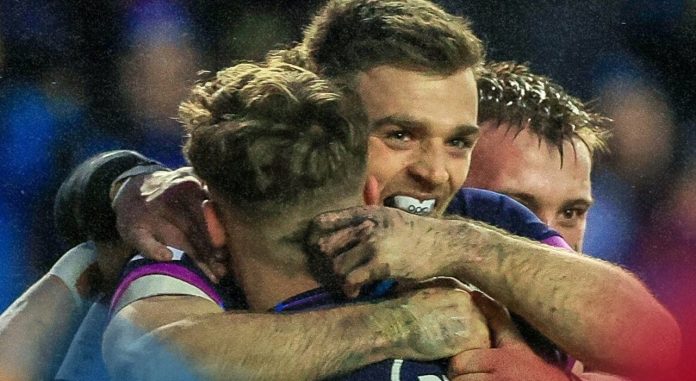 Yes, Scotland can be the surprise of this Six Nations. If everyone sees France as the favorites, with Ireland intervening (but that’s another story and will be written in Paris next Saturday), as seen today in Murrayfield, Gregor Townsend’s team has a home. What is it to bring a title that he has been missing since the tournament was called Five Nations: Year of Grace 1999. And if last year’s win against England at Twickenham had been missing for 38 years, the double achieved today was expected from 1984 (38 years in fact). Scotland 20, England 17. Thanks to a Finn Russell kick with 9 minutes of time going into the post and another important episode, namely a free-kick awarded in the 66th minute to a volunteer on the Cowan-Dickie line The cost of which is English Hooker Yellow and ten minutes into the penalty box.

It seems to be Marcus Smith’s perfect day for an hour, the turning point in the opening chosen by the Eddie Jones orphan of the Owen Farrell Lighthouse. Smith scored all of his 17 points, the result of four set pieces and a beautiful 10-14 goal in the 53rd minute, leaving a very narrow aisle to the touch in the Highlanders defense shirt.

But Scotland is always in the scoring. Under 0-3, on 17′ he finds the target of rookie Ben White (after a spectacular break from Graham’s right), plus a change of the same and three points off Russell’s foot. When the first forty minutes are closed 10-6, Smith becomes the hero and turns everything upside down and brings the game to 10-17. Cowan-Dickie’s above offense is worth the momentary draw and when Russell throws his paw in there, Edinburgh goes insane. Soon, everyone in the pub.