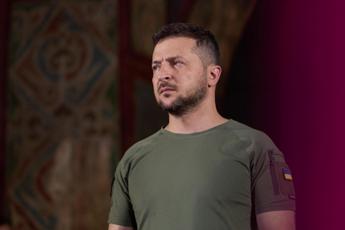 The magazine presents the award to the person who has had the greatest global influence over the past 12 months. The first “Person of the Year” was American aviator Charles Lindbergh in 1927, who was awarded the title after making the first non-stop transatlantic flight from New York to Paris.

“Zelensky’s success as a wartime leader was based on the fact that courage is contagious. It spread through Ukraine’s political leadership in the first days of the invasion, when everyone realized that the president was sticking around if While this seems like the natural thing for a leader to do during a crisis, consider a historical precedent: Just six months ago, Afghanistan’s president, Ashraf Ghani, a far more experienced leader than Zelensky, drove Taliban forces from his capital. had fled after coming in contact with,” reads Time.

The American magazine states that there was not much in Zelensky’s biography to “predict his willingness to protest and fight”. In fact, the president “never served in the military. He was president only since April 2019” and in the past he was an “actor specializing in improvisational humor and producer in the world of cinema”.

But that experience turned out to have its perks. “Zelensky was flexible, trained not to lose control under pressure. He knew how to read crowds and react to their mood and expectations. Now his audience was the world. He was determined not to let them down.” – the magazine highlights – His decision to remain on campus in the face of possible assassination sets a precedent, making it difficult for his subordinates to escape.”