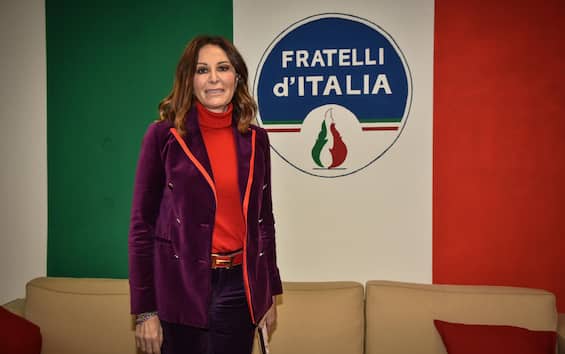 Daniela Guerrero Santanche is the Minister of Tourism in the Meloni government. So a woman rises to the top of the department of a sector that is worth more than 13% of GDP in Italy and is experiencing a strong recovery after years of pandemics. Santanche (who took her first husband’s surname), is an entrepreneur born in Cuneo in 1961 and graduated in Political Science from the University of Turin (Sky TG24 special on the new government,

On her Twitter profile she defines herself as “mother of the republic, entrepreneur, senator with brothers from Italy”. In 1995 he started his political career in the ranks of the National Alliance with Ignazio La Russa. In 2001 she was elected to the Chamber, in 2005 she was Speaker of Finance Law. In 2008 she was the first woman to run for Prime Minister with La Destra. He then founded the Movimento per l’Italia, affiliated with the centre-right. In 2010 she joined the Berlusconi government as undersecretary to the prime minister, and in 2013 she was re-elected to parliament with People of Freedom – Forza Italia. In 2017 she joined Fratelli d’Italia and was appointed by Giorgia Meloni as its regional spokesperson in Lombardy.

His career as an entrepreneur began in the public relations and event organization with the company “Dani Comunicazione Srl”, founded in the 90s. First with his friend Flavio Briatore he opened Billionaire in Costa Smeralda and then with Briatore, Marcello Lippi and Paolo Brosio the Twiga Beach Club in Marina di Pietrasanta. In 2007 he founded the advertising agency Visibilia, which manages the advertising revenue of Il Giornale (previously Libero and Il Reformista). In 2014 he became editor of Ciak, Villegiardini and PC Professionale and in 2015 of Novella 2000 and Visto. Together with her former partner Canio Mazzaro, with whom she had a son Lorenzo, she acquires companies in the food (Key Group) and furniture (Anopue) sectors. She is also a prolific writer: She wrote forbidden woman (2006) on the subject of infibulation, insulted women (2008) On the subject of the burqa and the autobiographical narrative I am a woman, I am a saint (2016).