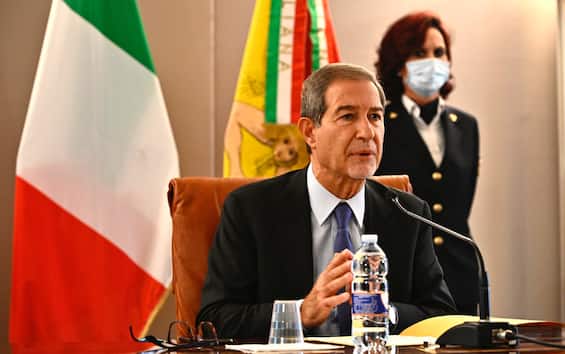 Sebastiano Musumesi, to all Nello, is the new Minister of the South and the Sea of ​​the Meloni government. President of the Sicilian region in the legislature that just ended, the 67-year-old banker and publicist journalist is one of the historical faces of the right in Sicily in the last thirty years (Sky TG24 special on the new government,

Elected with the MSI in 1994 as youth president of the province of Catania, Musumesi remained at the helm of the institution for two terms. A few months later he also became an MEP and was re-elected in two successive European terms in 1999 and 2004. He was also regional coordinator of the National Alliance, a party he left in 2005 in a dispute with Gianfranco Fini, founding the regional movement Alianza Siciliana. On top of this in 2006 he ran for the Palazzo d’Orléans against Toto Cafaro and the centre-right, but was not elected. He was under-secretary of state for labor policies in the fourth Berlusconi government in 2011. In 2012 he again made a bold attempt at the presidency of the region and was defeated by the centre-left candidate Rosario Croseta. In the same legislature he was elected president of the regional anti-mafia commission in the Sala d’Ercole. In the same year he started the Sicilian movement #Dventerabellissima with a quote from Paolo Borsellino. In 2017 he was elected Governor of Sicily, a position for which he decided not to run again last September in favor of the unity of the Sicilian centre-right, and was therefore elected Senator of the Republic in the elections of 25 September.

Electors, who are members of Parliament elected by the brothers of Italy. Photo

As clarified by Lega sources hours after the official appointments for the Meloni Executive, Minister Musumesi’s South and his representative in the Ministry of the Sea will not absorb any capacity currently held by the Ministry of Infrastructure and Sustainable Mobility.