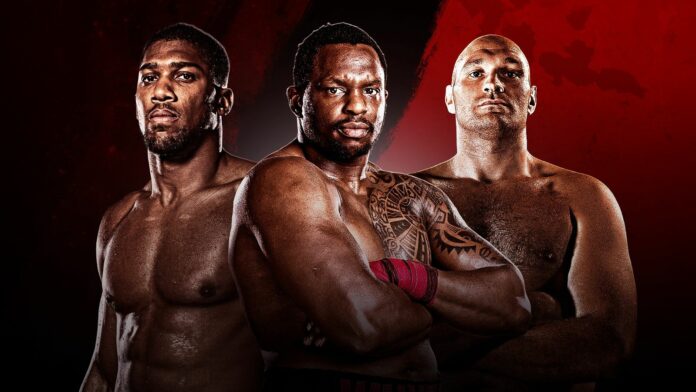 Dillian Whyte should be holding a world title by now – and he is one knockout punch away from proving it in an unavoidable battle with one of Britain’s heavyweight rulers.

Whyte has already bludgeoned men who have held world crowns, but in the fearsome Alexander Povetkin he faces a ruthless puncher, a former WBA champion who wants to rip a fist through any best laid plans on Saturday night, live on Sky Sports Box Office.

Does Whyte care? No.

“I respect the guy, but it’s on. All the smiles and all the other stuff, I know what he’s coming to try and do to me, so I don’t want to be sat there next to him, acting all cool and pally pally. No.

In a few days’ time, Whyte will trade punches with savage intentions. That’s how he likes it, and most importantly, that’s what he’s good at.

Lucas Browne, the former holder of a WBA belt, willingly engaged Whyte in an exchange of insults, perhaps believing that he would be the last man standing in a savage shootout. A whirlwind of hooks later and Whyte had left the Australian in a crumpled heap.

Former WBO champion Joseph Parker saw Whyte as a quick and simple route back to the top. He was wrong. Brixton’s ‘Body Snatcher’ dazed and dropped the Kiwi in a punishing points victory.

Another showcase of Whyte’s refined brutality will be enough to guarantee a world title shot and the Brit duo of Tyson Fury and Anthony Joshua could be shifting uneasily in their seats as they watch on.

The WBC have already made their intentions clear, confirming that their champion Fury must fight Whyte next if he defeats Deontay Wilder in an expected third fight.

Whyte has chastised, poked and prodded Fury as he continues his pursuit of a WBC title that stretches well over 1,000 days, the prolonged period of time that the south Londoner has been sitting at No 1 in the WBC’s rankings.

Whyte was denied his vengeance for a torturous wait, and the fulfilment of a long-conceived plan. He always believed he could beat Wilder, the prime reason for a lengthy pursuit. But Fury got there first, eventually knocking out Wilder in their February rematch, and the pair are expected to meet again.

What next? Well Whyte is set to be rewarded with a blockbuster battle against Fury or unified champion Joshua, if he can avoid Povektin’s hurtful hooks in the finale of Eddie Hearn’s Fight Camp.

The Matchroom boss has warned Fury to forget about a fight with Joshua, if he vacates the WBC belt, which would scupper plans for an undisputed world title showdown next summer.

Whyte, who already holds the WBC interim belt, would be elevated to WBC champion and instead receive a huge rematch with Joshua for all four world belts.

“You always want to fight a champion, but if Fury refuses to do a fight that has been ordered by the WBC, then he will be stripped of his title,” Hearn told Sky Sports.

“Then Whyte will be fighting for the undisputed championship.

“Whyte has had the bad end of the stick for a long time but could end up, if he’s successful, fighting Joshua for the undisputed championship, so this is massive for him.”

Whyte has no fear of Fury and would prefer to be standing in the ring when the WBC belt is wrapped around his waist.

“Hopefully he does fight me because it’s a big fight, and winnable for me,” he told Sky Sports this week.

Joshua will be watching from ringside as part of the Sky Sports Box Office team and Whyte might well issue a war cry after the Povetkin fight.

Whether it’s Fury or Joshua, he doesn’t care. Whyte believes he’s the best in Britain and should get the chance to show it very soon.

Watch Whyte-Povetkin and Taylor-Persoon 2 on Saturday, live on Sky Sports Box Office, from 7pm. Book it via your Sky remote or book it online here. Even if you aren’t a Sky TV subscriber you can book and watch it here.