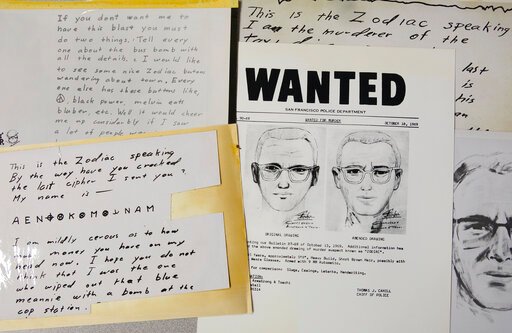 California’s notorious Zodiac Killer, The subject of numerous films, television series, podcasts and books over the past half-century, has finally decoded a powerful message.

A letter sent to the San Francisco Chronicle was eventually broken by experts, revealing a message in which the serial killer mocked his efforts to find him.

“I hope you enjoy trying to catch me,” the killer wrote in a coded message sent to the newspaper in 1969. “I am not afraid of the gas chamber because it will send me all to heaven. Early because now there are enough slaves to work for me. “

The letter was a mixture of letters, numbers and symbols and has been studied over the years by numerous authors, criminologists and detectives. It still does not reveal the name of the unknown killer that emerged in Northern California in the 1960s and 1970s.

The decoding was done in the hope that it would provide a new signal as to the identity of the zodiac. The killer has been linked to at least 37 murders, many of them young couples from rural areas.

An FBI spokesman at the San Francisco office confirmed.