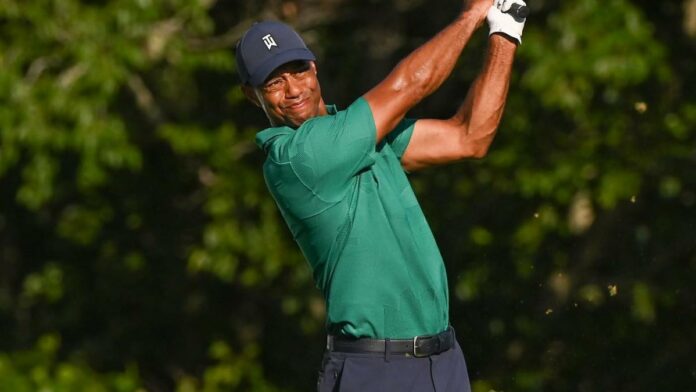 The second round of The Northern Trust on Friday was one of the wildest first two days of an event that the PGA Tour has seen in a long time. Scottie Scheffler shot 59. Dustin Johnson parred his last seven holes to shoot 60 (!). And several massive names barely sneaked inside the cut line to play the weekend at TPC Boston.

We’ll take a look at all of that and more as we look back on the final second round of the season for a big group from this field. Let’s start at the top with the leaders.

1. Dustin Johnson (-15) — There are so many preposterous numbers from Johnson’s second-round 60, I’m not sure which stands out most. But we’ll go with this: Johnson gained eight strokes on the front nine of the course. Nobody else other than Scheffler gained more than 6 strokes on the entire day.

T2. Scottie Scheffler, Cameron Davis (-13) — Sometimes 59 doesn’t stand up as the round of the year when you look closer at the strokes-gained numbers. In this case, it probably will. Scheffler gained 10.5 strokes on one of the best fields of the year with everybody locked in and no pretenders among the 125 competitors. When you get in the double-digits, you’re in truly rarefied air, which is what it felt like watching Scheffler’s 59 go down in Round 2.

T4. Danny Lee, Harris English, Louis Oosthuizen (-12) — English has to be wondering what he has to do after shooting a 64 with two bogeys on Thursday and a clean-card 66 on Friday and yet still trailing D.J. by three going into the weekend. The driver was a bit concerning on Friday, but his putter made up for it. That won’t be a sustainable formula for him over the next two days, but he’s one of the few on this board that can actually get into a ball-striking contest with Scheffler and Johnson, and live to tell about it.

T7. Kevin Kisner, Russell Henley (-11) — Henley could be playing his way into next week’s BMW Championship. He came in 101st in the FedEx Cup standings but is currently inside the top 70 based on his T7 position. He’ll have to maintain that throughout the weekend, but with the way he’s hitting it right now (4th in strokes gained from tee to green), that’s definitely in play.

Want the sharpest DFS advice, picks and data-driven golf analysis? Listen below and subscribe to The First Cut Golf podcast where we explain what’s happening on the course so you can win off of it.

T9. Si Woo Kim, Matthew Wolff, Daniel Berger (-10) — Wolff has quietly been one of the hottest golfers in the world for a month now. He’s third from tee to green so far behind D.J. and Scheffler, and if he putts at all (which, if the PGA Championship was any indication, he might not!) he’ll be in the mix on Sunday afternoon. Kim and Berger have also been smoking hot for several weeks now.

T20. Justin Thomas (-7) — Even though he’s down eight, Thomas has to be looking at that 59 by Scheffler and 60 by D.J. and wondering how he can take the course apart on Saturday and Sunday. The last player to win on this course has a propensity to go out early on the weekend and roll up the leaderboard, and I would expect some early fireworks from him in Round 3.

T40. Rickie Fowler (-5) — Fowler came into this week 88th in the FedEx Cup, and though he made the cut, he’s somehow dropped to 95th. He’s still alive in this tournament, though, which is what counts. He’ll likely need a monstrous weekend and a top-10 finish to play his way into next week, though. With the way he’s hitting it so far this week (negative strokes gained ball-striking), I’m not sure that’s going to happen.

T58. Rory McIlroy, Tiger Woods (-3) — McIlroy and Woods were both frustrated on Friday on a day when (clearly) something in the low 60s was in play. Tiger limped home with a 1-over finish in his last three holes that barely got him into the weekend. McIlroy missed a 5-foot birdie putt at the last that didn’t turn out to be costly but was emblematic of his day. Big Cat was especially bad on Friday as he finished nearly last in the field in strokes gained around the green and did not strike the ball well at all (which he actually has been doing so far since the restart). He gave maybe the quote of the day in his post-round media scrum on his poor play, and now he’ll have a weekend to try and claw his way back into the conversation. Any talk of win No. 83 was extinguished on Friday when D.J. got him by 11.

MC. Jordan Spieth, Tony Finau, Phil Mickelson, Bryson DeChambeau, Collin Morikawa — For Spieth and Mickelson, their seasons are over. Lefty will be teeing it up on PGA Tour Champions next week, but we won’t see Spieth again until September and the new season. Thus ends a long, arduous year for the former FedEx Cup champ and three-time major winner. He’ll get in the lab over the next few weeks with the U.S. Open and Masters forthcoming, but there’s (unfortunately) no end in sight to his on-course struggles.

CBS Sports was with you the entire way updating this story with the latest scores, updates and highlights below. Check out the live scores at the top of this story, a more detailed leaderboard and our complete viewer’s guide.