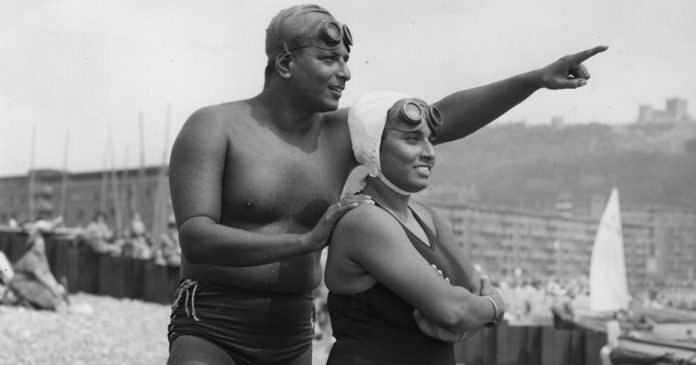 Aarti Saha was a leading swimmer who made history by participating in the Olympics at the age of 11 by learning to swim on the banks of an Indian river.

On September 24, his life and achievements are being recognized with Google Doodle, which would have been his 80th birthday.

She was born in 1940 in Calcutta, British India – now Kolkata, India.

By the time she was four years old, she had learned to swim on the banks of the Hooghly River and her ability in the water was found by Sachin Nag, one of India’s top competitive swimmers.

In just one year, she won her first swimming gold medal, and between 1945 and 1951 she won 22 state level competitions in West Bengal, featuring 100m freestyle, 100m breaststroke and 200m breaststroke.

In 1948, he won silver in the 100m freestyle and 200m breaststroke at the Mumbai National Championships, as well as bronze in the 200m freestyle.

The following year she set an All-India record, and in 1951 set a new national record in the 100-minute breaststroke with a time of 1 minute 37.6 seconds.

These results were enough for her to join the Indian Olympic team for the 1952 Games in Helsinki, Finland.

At the age of 11, she was the youngest member of the Indian team, and one of only four women.

See also  Living in Britain: A reporter looks back: Goodbye, my dear London!

In the 200th breaststroke, 3 minutes 40.8 seconds to keep the time off, which was unfortunately not fast enough to qualify for the finals.

During his teenage years, Saha turned his attention to long-distance swimming.

She made her first attempt to cross the English Channel in August 1959, a month before her 19th birthday.

His name was recommended by Brugen Das, the first person from the Indian subcontinent to swim the English Channel.

On August 27, she took part in the Battalion International Cross-Channel Swimming Race from Cape Greece, France to Sandgate, England.

The race involved 23 58 participants, including five women, 23 from 23 countries, at 1 a.m., but Saha’s pilot boat arrived late, meaning she had to start minutes later than everyone else.

The time lost was crucial, as it meant he missed favorable conditions.

By 11 a.m. it had become more than 40 miles of watermelon and five miles from the English coast while strong currents from the opposite direction obscured its progress.

In the following five hours, she had only completed another two miles, and under pressure from her pilot, she had to leave, despite her determination to finish.

A month later, on September 29, she made another attempt covering the same route.

This time she made it, she arrived in England 16 hours and 20 minutes later, becoming the first Asian woman to swim the English Channel.

Saha proudly hoisted the Indian flag after completing her journey.

The following year, she married her longtime manager, Dr. Arun Gupta, and was awarded the Padma Shri, India’s highest civilian honor, in 1960.

A stamp was made in her honor by the Posts Department in 1999.

After swimming, Saha worked on the Indian Railways for the rest of her adult life and had one daughter, Archana.