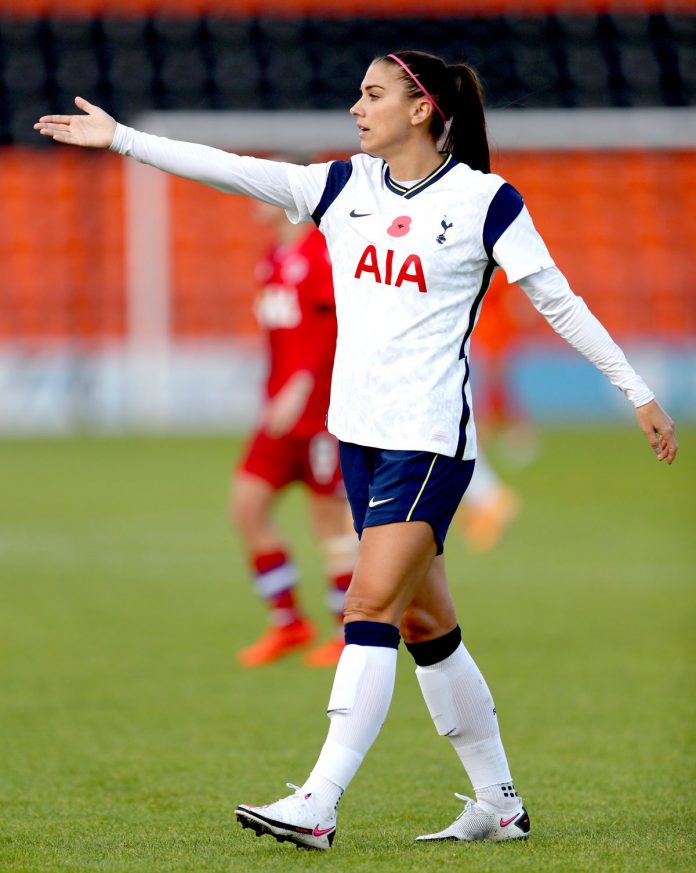 United striker Alex Morgan is delighted to be “back on the field” after his long-awaited Spurs Women’s debut.

The two-time World Cup winner gave birth to daughter Charlie in May and did not play for a year after returning to health.

But Morgan, 31, who is a U.S. citizen, Has scored 107 goals, coming off the bench for the final 21 minutes of the Spurs’ 1-1 draw with Reading the Hive on Saturday.

“This is a good starting point,” Morgan told Spurs TV.

“It’s good to be back on the field for the first time in over a year, so I’m happy.

“Obviously I’m not very happy about the result, but I had to take a few minutes and move on, so I’m very happy that this is a good start.

“I think my fitness, he’s back there, it’s going to take a little while – obviously changing direction, sprints and everything, I’ve got a few minutes to get the game right.”

Morgan could trust the extra support on The Hive, as he said: “Yes, my daughter was here with her spurs kit.

“It’s fun to watch the match and see her supporting me there.”