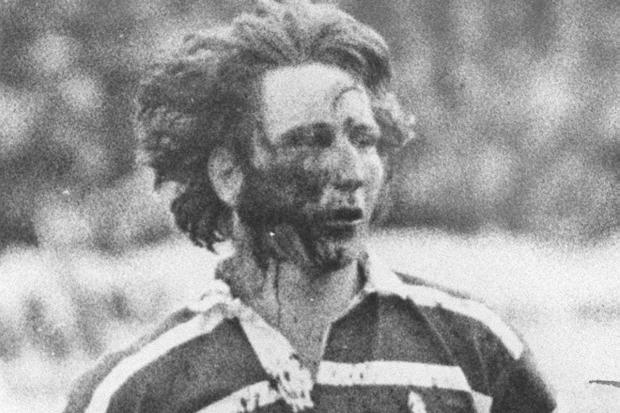 Growing up in Bridgend in the 1970s and 1980s, it was always clear that this was a rugby city.

The City side was the best in Europe and made life difficult for the All Blacks in 1978. He also defeated Australia in 1981.

Every school played and clearly had a genuine bias towards football or soccer as it was always called. I’ve played rugby (not at a high level, I might add) but never organized football – which is no detriment to the sport. Football has always been viewed as a sport that is best played for fun rather than any seriousness.

I didn’t watch a live football game until I was in my twenties. I don’t wear it as a badge of honor and have replenished it several times since then.

My dad didn’t know anyone who followed the sport and football stadiums had a bad reputation for trouble at the time, which didn’t necessarily mean he wanted to go there.

What I saw from football was the match of the day or watching a Welsh international, which, surprisingly, often wasn’t even shown live in full, despite the fact that the games always took place in England.

JPR Williams left the field in 1978 with a face injury while playing for Bridgend against the New Zealand All Blacks at Brewery Field. Photo: Hugh Evans Agency

Football always took a back seat in the field where I grew up.

Welsh internationals came from towns or places in North East Wales with names we had never heard of before. I corrected this knowledge gap a long time ago to reassure readers in this part of Wales.

continue reading: “Rugby is not our national sport”

We are fortunate to have international rugby and football sports teams by historical coincidence. And no, I’m not going to do anything more than celebrate this fact.

I wouldn’t think of a British football or rugby team for a millisecond.

These teams were vital for us to grow as a nation.

We had few precious things in common in the nineteenth century. Our language was no longer spoken by the majority in 1901. In 1542 our legal system was abolished and so did our laws.

The last Welsh banknotes were printed in 1908. If we did not have sports teams in the 19th century, there is an argument that we would not see ourselves as a nation in the 21st century.

Rugby has always been the game we were best at. Four Grand Slams and two World Cup semi-finals in this century have kept the sport alive in the eyes of the Welsh public. This has raised our profile in the world of rugby and we are by far the most successful team per capita in the Northern Hemisphere.

This success has aroused enthusiasm. Who can forget the day in March 2005 when 250,000 people descended on Cardiff to celebrate the first Grand Slam in 27 years?

Now we also have the most successful football teams of all time. Euro 2016 did a lot for Wales’ profile. Reaching the semi-finals was a remarkable achievement and I remember European newspaper headlines about Wales.

It was possible to travel to many countries for the first time, tell them you were Welsh and they would know where you are from. It did more to raise our profile than anything I’ve seen in my life.

We stand at the pinnacle of our first World Cup since 1958 and the women’s team has first and foremost the passion that accompanies the progress of the team.

For many years the atmosphere at Welsh football matches can be shabby. Crowded in four figures, the anthem is barely sung and makes little noise. 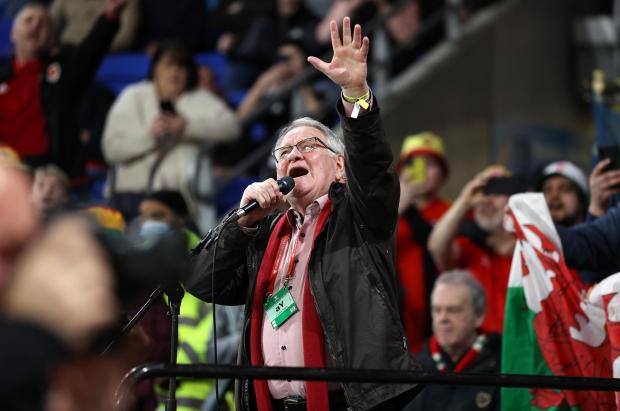 At last Thursday’s Austrian game you could hardly hear yourself thinking. It began with Dafid Ivan and continued with our national anthem, which was sung without musical accompaniment.

The entire 90 minutes were filled with passionate support, with no animosity towards opposing supporters. He was welcomed and his anthem was respected. These fans can be proud of themselves.

I am sorry to say this but during the Six Nations rugby match between Wales and France was a little different. Although the crowd was double, the noise was very quiet.

continue reading: “We Know What We Are”: Football Songs and National Identity

WRU at one point resorted to moody singing to wake up its followers. It didn’t help that there were ten thousand empty spaces in the floor. I have no doubt that the passion will return successfully, but compared to the two matches, football undoubtedly won for the atmosphere.

All this will undoubtedly revive the age-old debate about what is a national sport.

My answer to this is simple; It does not matter.

Both groups of fans have staunch fans who will never watch the other game, but the reality is that many fans follow Welsh sides in both games, a situation that certainly does not exist in England or Scotland, to me. Seems like.

It is important that we can celebrate success in every sport and be happy with the profile we have been given. Round or oval ball, I will support Wales every time.

if you enjoy citizens Journalism, help grow our team of journalists by becoming a subscriber.