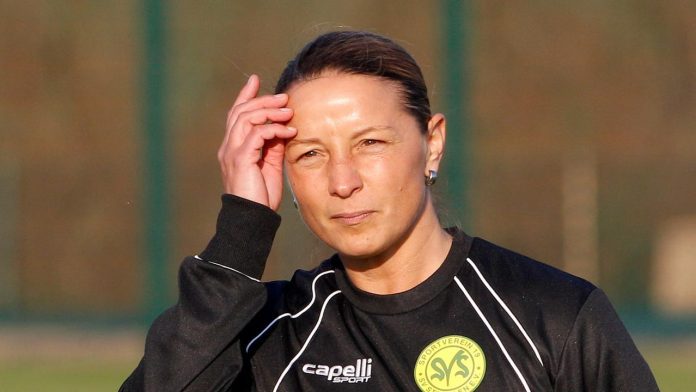 Two-time European champion Inca Gring sees German footballers as favorites at the European Championships in England, but she has concerns. The 43-year-old described the personnel situation at national coach Martina Vos-Tecklenburg’s team as “somewhat complicated”.

In an interview published on the DFB website, she said: “Alex Pope hasn’t played for a long time, nor has Marina Hegering. Unfortunately, Dznifer Marozson won’t be able to be there after a tear of his cruciate ligament. The national coach has been there for a second or two. Riddles have to be solved.”

VfL Wolfsburg’s Captain Alexandra Pope, who returned to the German selection in April after a prolonged knee injury, was forced to self-isolate at the training camp in Herzogenaurach last week due to a positive coronavirus test. Hagering from Bayern Munich is actually the head of defense in the record European champions, but was missing for almost the entire second half of the season. Dzsenifer Maroszan (Olympic León) had long canceled his participation in the European Championship.

“Germany is certainly one of the favourites. But even here, a good performance in the group is essential to progress. Spain, Denmark and Finland are real challenges that need to be solved,” Grings said. He is basically very confident that Germany will go a long way. For the DFB Women, the European Championship will begin on 8 July with a first round match against Denmark.

Grings was also the top scorer in the 2005 and 2009 European Championship victories. The 96-time international won a double in Switzerland last season as a women’s coach at FC Zurich.