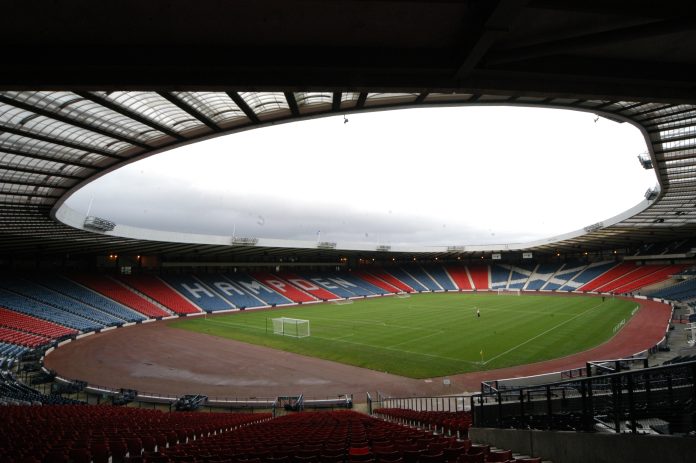 The football associations of the UK and Ireland recently announced their joint bid for UEFA Euro 2028. Now it is also clear which Scottish stadium is suitable for hosting.

Following the announcement, suitable locations are now being determined, of which there are many, especially in England. In Scotland too, several stadiums are theoretically possible, but the Football Association has already provided clarity.

Hampden Park could be a venue for UEFA Euro 2028. Image: Stadium World

Hampden Park in Glasgow was suggested as the venue. The National Stadium of Scotland, which now belongs to the Scottish Football Association, was one of the venues for UEFA Euro 2020.

Scottish Football Association President Rod Petrie said: “Hampden Park contributed to a memorable UEFA Euro 2020, not least as the Scotland men’s national team qualified for a major tournament for the first time in more than 20 years. Scottish football The association is determined to contribute to a concerted bid to host UEFA Euro 2028 and Hampden Park will be the cornerstone of that bid. Hampden plays an important role in the history and folklore of not only world football, but also world-class football, sports. and enjoys a solid reputation as a venue for entertainment events.

There may also be another site in Scotland. Rugby union is open to providing Murrayfield Stadium as a venue. The stadium is owned by the Scottish Rugby Union and is the largest stadium in Scotland. It is in the capital Edinburgh. (Stadium World, April 11, 2022)