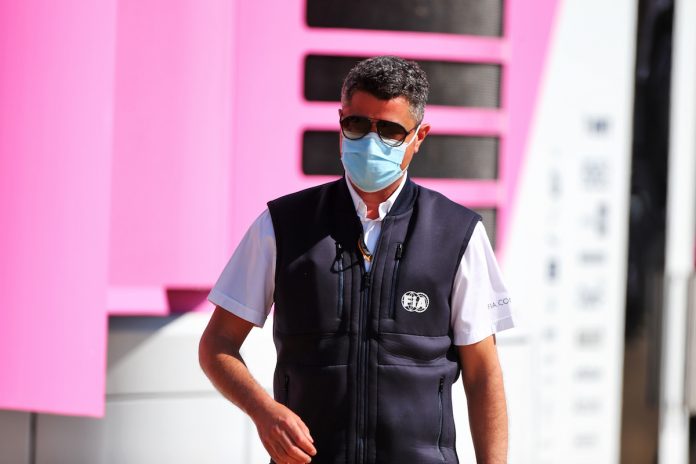 Formula 1 race director Michael Massey says the FIA ​​had no choice but to bring the Formula 2 sprint race to a premature end due to widespread obstruction after a collision between Luca Giotto and Jack Itken.

Both drivers came out of the crash easily after making contact around a long, left-turn 3 corner in Sochi od Todrum.

The race was then called and half points were awarded, with China’s Guanyu Xu winning the first race in the series.

Auntie, who visited the crash site before the race was called under the guidance of F2 race director Sylvia Bellot, said the racing would have been eaten up in the F1 schedule after the obstacle was repaired.

“I think it’s unfortunate but at the end of the day we have a timetable to adhere to the starting time,” Auntie said.

“And secondly the degree of the incident and the repairs that need to be done – I think in the end it took about 90 minutes to repair.

“So I think yes when it happened it was unfortunate that the FIA ​​didn’t get the Formula 2 Championship to complete its race, it happens occasionally.”

Giotto’s car caught fire quickly as both cars slipped under the TechPro barrier and also raised concerns that he would have been stuck in the flames if he had been injured pulling himself out of the car.

Auntie says the distance between the nearest post and the accident caused the marshals to face a challenge in getting to the scene quickly.

“Probably they got there relatively quickly. The challenge was that it was a long distance between the two marshal posts.”

“Firemen of martial posts on both sides of the incident, I don’t want to run 150 odd meters or anything with a fire extinguisher.

“As soon as the race was stopped and all the competition cars passed, we also saw the marshals from the opposite side of the track cross.

“Under the circumstances, yes it’s never good to see a fire, the positive part is that both drivers thankfully released us which is the most important element of all.”