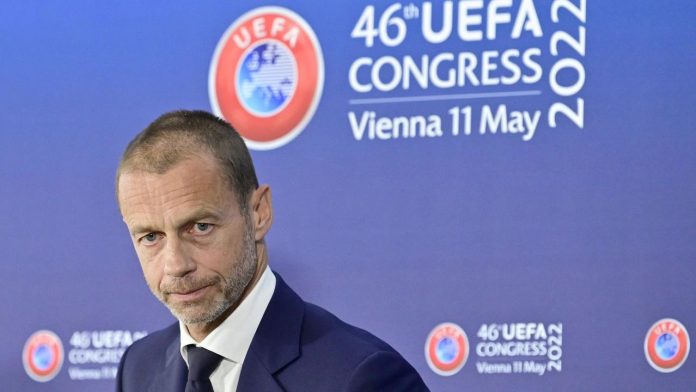 UEFA President Aleksander Ceferin does not fear the controversial Super League project will still be implemented, despite the upcoming trial before the European Court of Justice.

“Whatever the court’s decision, it doesn’t change anything: the project is dead because no one wants to participate,” the 54-year-old said in an interview with the Italian sports newspaper “Gazetta dello Sport”.

In a dispute over the foundation of a league consisting of top European clubs, talks are scheduled for mid-July. Previously, however, many clubs had already turned away from the project, which is still being operated by Real Madrid, Barcelona and Juventus Turin.

The president of the European Football Association also criticized German coach Jurgen Klopp and his Spanish colleague Pep Guardiola. “It’s always easy to attack FIFA and UEFA, but the discussion is simple: if you play less, the pay goes down,” he said. Two Premier League coaches had previously criticized plans for more tournaments and therefore more games. “Anyone should complain that workers are in factories with thousands of euros a month,” Ceferin said.

Ceferin also criticized the attitude of several clubs to the issue of tension in international competitions. “Everyone wants more cup games then there are championships with 20 teams, national cups and in some countries a league cup. Nobody gives up on anything,” criticized the UEFA president.