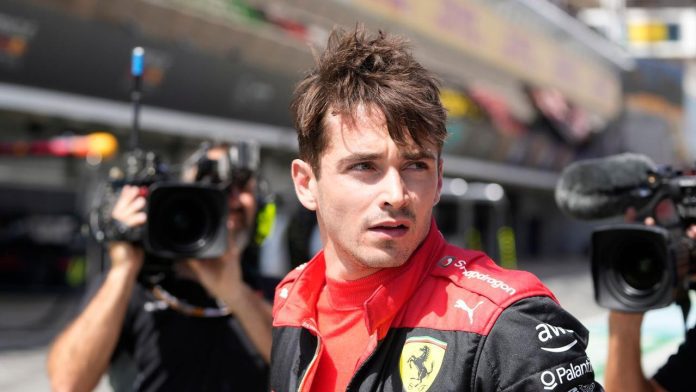 Nothing is going as planned for Formula 1 driver Charles Leclerc. Shortly after his disappointing engine breakdown in a race in Baku, the Ferrari driver’s onward journey to the Canadian Grand Prix apparently went wrong at first.

“Started the week by missing the flight to Montreal,” the 24-year-old wrote on Instagram. He also posted a picture showing an airport waiting area and his feet.

Leclerc was driving at the Grand Prix in Azerbaijan on Sunday with a technical fault in his Ferrari. He failed to win the race from pole position for the fourth time in a row. In the overall world championship standings, he slipped to third place ahead of the ninth round of the season in Canada on Sunday (8 pm/Sky) and is already 34 points behind world champion Max Verstappen from Red Bull.

Ferrari announced on Tuesday that Leclerc’s damaged engine was expected at the Maranello race factory on Wednesday. A preliminary inquiry into the reasons will be done by evening. Teammate Carlos Sainz was also kicked out early in Baku. A provisional solution was found for the Canadian race to find hydraulic damage.