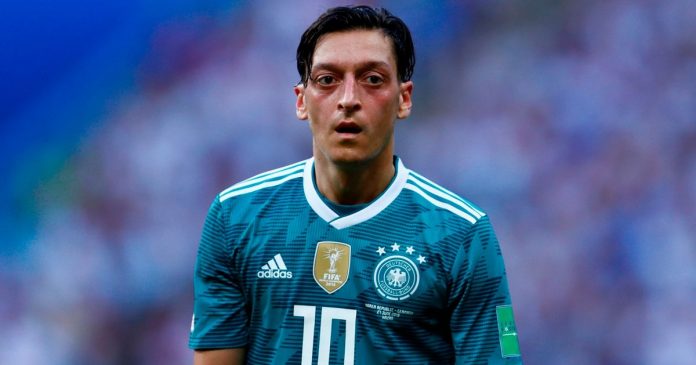 The German FA (DFB) has admitted its “mistakes” in handling Mesut Ozil in the build-up to the Arsenal star’s drastic international retirement in 2018.

On the eve of the World Cup, Ozil was shown with team-mate Ilk Gundogan and controversial Turkish President Recep Tayyip Erdogan.

The picture sparked outrage in Germany and angered Ozil as the defending champions failed to knock him out of the World Cup group stage.

After the tournament, the player posted several letters on social media detailing “racism and disrespect”, announcing his retirement from the national team.

Two years after the incident, the DFB said it could handle the situation better and admitted it had not even met for talks with Ozil.

“The DFB made mistakes in dealing with the events surrounding the Ozil case,” said Friedrich Curtis, general secretary of the German Foundation for Integration.

“A photo became a burning glass for many subjects. From the moment the racist allegations were made, we lost time to meet with the player.”

How much has Germany missed Ozil since his international retirement in 2018? Here’s what you have to say.

It’s been an extravagant and unique transfer window so far – so make sure you don’t miss a single thing by signing up for the brilliant new Mirror Footbalt newsletter!

Clubs buy their way during the summer so you will be drilled on Jadon Sancho, Declan Rice and more. All the latest transfer news and big stories will come directly to your inbox box. You will not miss.

“[Erdogan] “He is the current president of Turkey and I will show respect to that person,” Ozil said Athletic . “Although I was born and raised in Germany, Turkey is a part of my heritage.

“If the German president or [Chancellor] Angela Merkel is in London and will ask to see me, talk to me, of course I will do that too.

“It’s just a matter of honoring the highest office in the country.

“After the photo, I felt disrespectful and insecure. I was being racistly abused – even by politicians and public figures – no one came out of the national team at the time and said: ‘Hey, stop. This is our player, you can.’ Don’t insult them. ‘ Everyone just kept quiet and let it happen. “

Sign up for the Mirror Footbl email Here For the latest news and transfer chats.

See also  Premier League - Brendan Rodgers should be taken seriously ... as he has always done