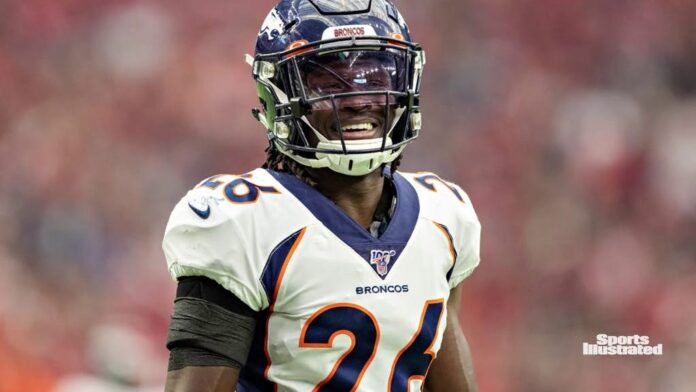 The Denver Broncos Cornbark depth chart became clear when the team traded Isaac Iyadom to the New York Giants on Wednesday for a seventh-round pick.

Iadom’s two asons with the Broncos Tuo saw him several times in the starting lineup, in which he performed an inconsistent game. There were moments when he showed signs of being a major contributor, but only in moments when he made big plays or penalties.

Although it could not work for Iyadom with the Broncos, perhaps it needed a change in scenery and it would be more appropriate for the Giants’ defensive plan.

What’s the latest from Broncos Camp? Don’t miss any news and analysis! Take a second and Sign up for our free newsletter newsletter and get daily Broncos news delivered to your inbox!

Yiadom’s departure is likely to be 2020 unprofitable agent Isang Basi is building a 53-man roster. If Bessie makes the roster, it would mean that at least one irrelevant player has dropped the 53-man roster from the training camp to the Broncos in the 16th in the last 17 seasons.

If Bassey has made it, it looks like he will at least join D’Vante Basby and Michael Ojemudia as the players behind the early AJ Bouy and Bryce Cal Cal Lehan.

But the Broncos have not yet made a decision about Cornerbacks. Devanta Harris and Duke Dawson, who both played for the Broncos last season, are also fighting to make the roster. If the Broncos decide to keep Bassi on the 53-man roster, he could come on for Harris and Dawson for a sixth Cornwack place.