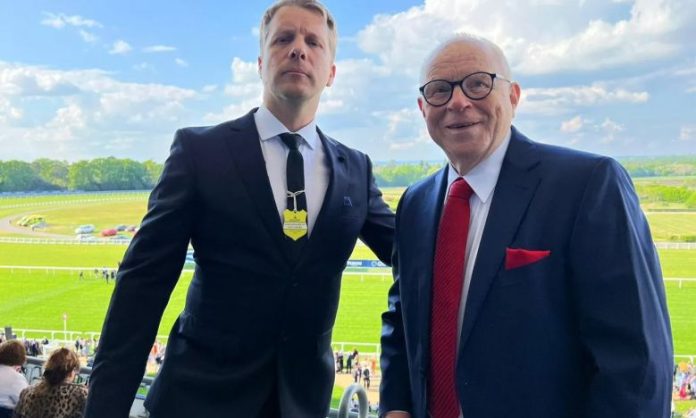 A very special men’s journey is coming again: Oliver Pocher and his Papa Gerd make their way to Great Britain for a new episode “Pocher and Papa of Reisen” and the documentary series shows once again that they Surprises are always good.

Among other things, the unlikely couple makes the racecourse unsafe at Ascot and visits the spot where the Queen is partying. They have also visited London, Windsor Castle, Sussex, Brighton Beach, Edinburgh, Scotland and the largest maze of Longleat Safari Park in England. She also took classes at Butler School and supported a women’s rugby team.

While the Poachers presented themselves very casually as part of their holiday at Windsor Castle, they had to dress up for the famous horse racing. Ascot has a strict dress code and father and son dress up like true Brits: both wear smart suits with white shirts, ties and handkerchiefs. “We’re in the box here, we’re just nobody,” Ollie boasted in an Instagram story during filming and then waved a bundle of British notes. “Now here’s real cash in my pocket. Then I’ll make thousands of euros, and then I’ll never have to work again.” But it doesn’t seem to be working completely.

While Ollie Pocher (44) usually jokes during his shows, he shows his sensitive side in the documentary Calling for Change and even makes the tears roll: the TV presenter with his father and his great-aunt. who he had never met in person before and saying goodbye becomes emotional. Incidentally, at the meeting, Gerd Pocher also revealed that his son was conceived on the island in 1977, which doesn’t surprise Ollie:

“You get excited when you’re here.”

For the comedian and his 74-year-old father, this is the third trip they have been able to do using RTL as a tour operator. The first episode went to the USA in 2020 and had around two million viewers at the time. The second episode in Thailand was also a solid success with 1.55 million viewers, so it should come as no surprise that RTL is now showing a sequel to the documentary series. By the way, Oliver and Gerhard Pocher were recently in Portugal and Spain and the related travel documentary should be shown on RTL in September.