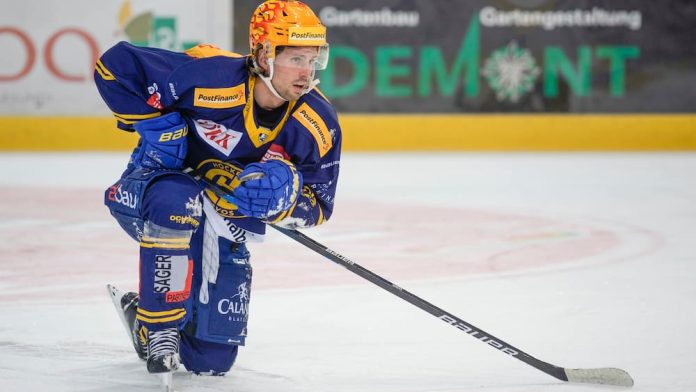 Mathias Brom plays brilliantly at HC Davos. It doesn’t matter that he can: Four years ago his career was on the verge of an eating disorder. “I thought I’d never play hockey again,” he says on the Swedish podcast “HockeyPlus.”

Flashback, spring 2017: Brome plays in his home country with Mora in the second-highest league. It’s going great, promotion is an issue. What no one knows: The striker is fighting not only for promotion—but also himself with an obsessive-compulsive disorder that affects his eating habits. “I couldn’t swallow food. It felt like it was getting stuck in my throat every time. Strangely, the brain is stronger than you think.”

Result: Brom loses weight. “I was really skinny.” In top form, he now weighs around 81 kg. “I must have lost 15 kilos by that time.” He can hardly train properly now. Still, the game’s dream come true, he climbs in with Mora. But the problem of food and drink remains the same. “Many people may think you just have to chew and swallow. But such invisible mental illnesses are bad.”

Brome receives help from a psychologist in Stockholm. In the summer of 2017 he attended cognitive behavioral therapy. “That’s when I understood: I’m not alone in this and it’s good to open up.” Even today he is not ashamed to talk about complex problems. He doesn’t want to pity anyone, he wants to encourage those affected.

He still lives with this eating disorder. He lives alone in Davos, his girlfriend Julia lived in Sweden. “If I’m reading too much or I’m stressed and lonely, it’s noticeable in my eating habits.” But in therapy he was given mental tools so that he could deal with it better.

Brome has gone through a personal hell of “no one happier than me if it had never happened”. Also he is grateful for it. “Few things change your outlook on life.” Now you can understand why the national player keeps insisting that the most important thing for him is to feel good.

And to get fit again. Because Sweden is currently out for a few weeks due to an upper body injury.