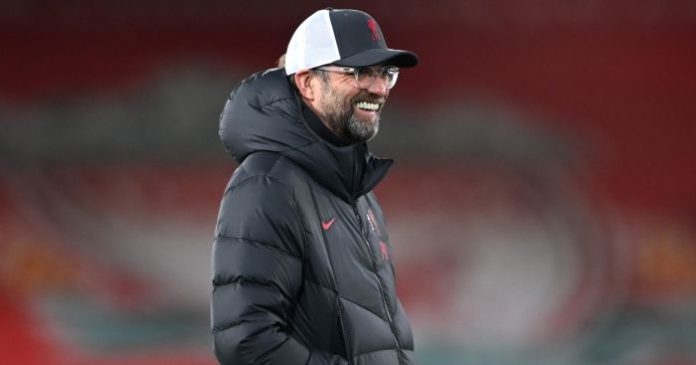 Liverpool boss Jurgen Klopp has confirmed that Mohamed Salah will return to training after returning from a negative coronavirus test.

While on international duty with Egypt, Salah signed the Covid-19 contract and spent time in solitude. Indeed, before that he returned two positive tests Subsequent investigations are also showing signs of the virus.

That third Test came on Wednesday, which means he missed the Reds. ‘ Statement 3-0 win over Lister on Sunday.

However, he has since returned his first negative exam, which means he can rejoin his teammates in the training field. What’s more, Liverpool will be able to observe it further this week through more tests.

That’s what I heard, negative today [Sunday]Klopp told reporters after the victory over Fox.

“I think from now on it’s all very common in testing. We have a UEFA test tomorrow and I’m sure it will be in it.

“He can train with us tomorrow. There are two tests in the next two days so it will be investigated. ”

Liverpool had their best look on Sunday despite missing a raft of key stars. Also notable were Virgil Van Dijk and J. Gomez, Trent Alexander-Arnold and Jordan Henderson.

However, attacker Zardan Shakiri was also not present in the match day team. Slos proved to be a major asset at the end of Klopp, who explained the surprising way of his injury.

“How do I know him? Shaq suffered a slight muscle injury with the national team that he didn’t realize and then he trained with us.” Manager Said (by Liverpool Echo).

See also  Public in the stadium: Beginning of return to normalcy

“After we gave him a day off he came back and got involved in a session, but he wasn’t fully involved, he did a little bit.

“It simply came to our notice then. We did a scan and found out that it was an injury five or six days ago.

“Nobody knew about it, not even the vegetables. Things are the same way.

“So he wasn’t able to get involved.”

Nebi Kita also won 0-0 and went down with a hamstring problem after 1 minute.

read more: Klopp explains how Liverpool were ‘on fire’ against Leicester