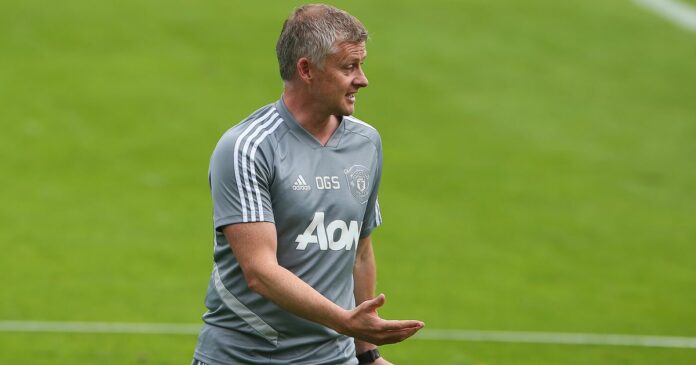 Romero has been United‘s cup goalkeeper this season, starting both the round-of-16 wins over LASK and the quarter-final victory against FC Copenhagen.

Despite De Gea’s patchy form over recent months, the Spaniard has been restored to the starting line-up for the game against Sevilla.

De Gea’s mistakes were costly during the FA Cup semi-final loss to Chelsea with many supporters feeling Romero should be first-choice until Dean Henderson returns to the club.

Ole Gunnar Solskjaer publicly defended his first-choice stopper and has put a huge amount of faith in the Spain international by dropping Romero.

United fans feel the Argentine has been treated harshly.

Solskjaer was asked about the goalkeeping situation prior to the win against Copenhagen and admitted it will be difficult to keep everyone at the club.

“We have Dean, Sergio, David in the ranks. Lee (Grant), the fantastic pro that he is, is backing them up.

“It will be difficult to keep three of them at the club, so we will see what the decision will be there.”