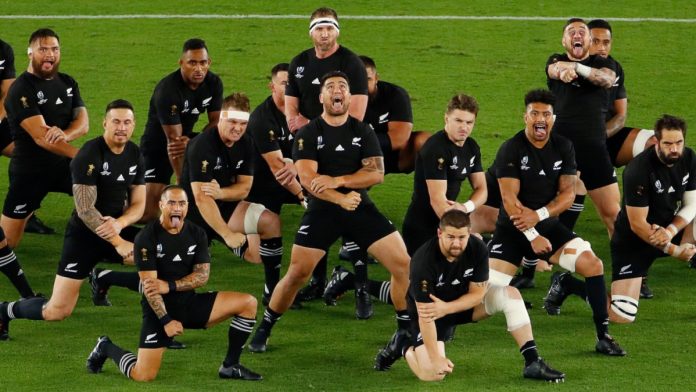 After a 23:13 win against South Africa at the World Cup in Japan, New Zealand’s rugby factotum Sonny Bill Williams had to back down from all views of the team and say a few personal sentences. Williams is one of the defending champion’s brightest players. He was there in 2011 and 2015 when New Zealand became world champions, played in the national team of seven at the Olympics, had an illustrious club career and a hiatus (seven fights, three knockouts, zero defeats) as a professional boxer.

Williams is now 34, “a tender age,” as he himself calls it, and his body can no longer take it. Injuries have recently made him doubt the body of his 1.94m tall athlete. But now he is back. Descended after 50 minutes against South Africa and contributed to the win. So he took the liberty of celebrating the evening as his own private party. He said: “I am absolutely grateful to be here and to play against some of the best players in the world along with some of the other best players in the world.”

Sonny Bill Williams probably would have saved himself from this little excursion into his inner life if the All Blacks hadn’t done what they usually do, which is to win. Entering the World Cup in Yokohama was important not only to account for points in World Cup Group B. But also for his self-image. Doubt went to the world tournament with head coach Steve Hansen and his men. The balance of 2019 was not right: third place in the so-called Rugby Championship, a four-man tournament for the best teams in the Southern Hemisphere. Draw against South Africa. The defeat to Australia by Ireland slipped to second place in the world rankings. The All Blacks were no longer so weak.

But after the first top game of the World Cup you can say: There is no real All Blacks crisis. The victory against South Africa was by no means secure. Especially in the second half, the Springboks showed that you can get through New Zealand’s black belt. It was no coincidence that coach Hansen ranked Richie Mo’unga’s emergency tackle against the fleet-footed Cheslin Kolbe as the “match winner”.

Still: The team defended mostly with concentration, hardly any fouls, even showing moments of playful brilliance in the first half and within five minutes of the second through George Bridges and Scott Barrett. – Scored a decisive run in the goal. South Africans interpreted New Zealand’s success as the result of their own mistakes. Lucky win through random attempts? Hansen disagreed, notably with an effort from Bridge which gave the All Blacks their first five-point victory in the 23rd minute. “It came from the kick of an attack. It was planned.”

Talking about the All Blacks probably won’t work. Your confidence is a fortress. Their World Cup haka is on point, with a twist, as captain Kieran Reid and Māori halfback TJ Pereira lead a traditional warm-up dance together. And Coach Henson did not think at all that the early victory was a relief. “That’s satisfying,” he said. In the style of the Irish, who beat Scotland 27-3 on Sunday, they will probably have to be defeated on the field. The All Blacks know they must be vigilant. Rugby was back in the rough of reality after Sonny Bill Williams shared his personal World Cup fortune. “Performance against South Africa,” he said, “won’t win the tournament.”