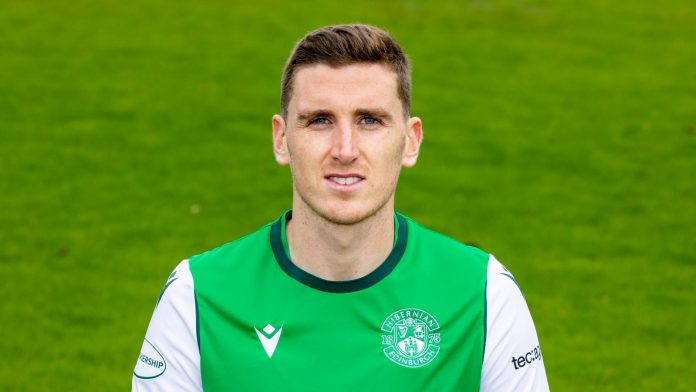 Paul Hanlon has been called up to the Scotland squad ahead of Wednesday’s Nations League game against the Czech Republic.

The 30-year-old Hebrew defender has never played for his country, however, he was an unworthy substitute for a friendly against the Netherlands in 2017 under interim manager Malki McKay.

Hanlon comes in as a defensive cover after Scotland lost Lim Cooper and Andy Robertson in recent days.

Cooper returned to Leeds with a 1-0 win over Slovakia on Sunday when 33-year-old Ber Bardin defender Andy K Le Sid made his debut, while Roberts lifted the suspension for a visit to the Czech Republic on Wednesday, accusing the ball of kicking away.

Hallon has become the third Hibbs defender to be called up by Steve Clark during the current international break – Ryan Portius was included in the original squad, while Paul McGinn was added on Friday.

Hibbs boss Jack Ross said of Hanlon – who captained Scotland at the U-19 and U-21 levels: “I’m happy for Paul. He’s fully qualified after a strong start to the season.

“Paul dreams of working as a manager. He is a professional model and a consistent artist.

“I know what this means for him and it reflects well in the club to include two Poles and Ryan.

“I have no doubt that all three will give their best.”

The Czech Republic manager, Jaroslav Silhavi, as well as an anonymous player, will miss the game in Glasgow on Wednesday after testing positive for the coronavirus.

A statement on Czech’s official Twitter account added: “Four players will be included in the squad before the reserve squad leaves for Scotland on Tuesday, so 23 people will travel to Scotland.

“These four players will be announced on Tuesday morning. Assistant Jerry Chatterjee will lead the team in Wednesday’s match.”

See also  Celtic criticized for his internship in Dubai, after a player tested positive