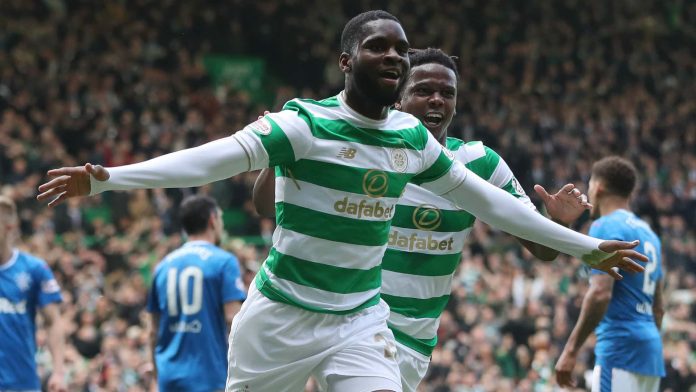 French striker Odsonne Edouard is moving from Paris Saint-Germain to Celtic Glasgow and with an estimated transfer fee of 11.4 million euros, the most expensive buy in the Scottish champions’ history.

Experience Europe’s top leagues live and on demand on DAZN. Get a FREE Month Now!

The 20-year-old was loaned to Celtic last season, and the junior international scored a total of eleven goals and four assists in 29 games.

Celtic Football Club is pleased to announce the permanent signing of @Oedouard22 From @PSG_English On contract of 4 years. Most welcome #frenchedie,

Due to financial fair play: PSG dependent on sales

The transfer is the result of a hearing at UEFA: to avoid penalties for financial fair play, PSG have to rely on €40 to 60 million of transfer proceeds by the end of the month.

In addition to Javier Pastor, who has been linked with a move to West Ham, Goncalo Guedes, on loan to Valencia CF, is said to be on the internal sell list.