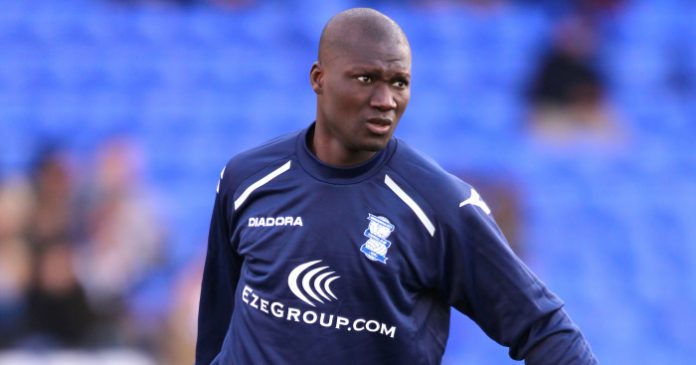 Former Premier League midfielder Papa Bauba Diop has died at the age of 42, according to reports.

Diap came to England in 2004 when he joined Fulham from Lens. He went on to play for Portsmouth and shortly for West Ham and Birmingham. Reports from his hometown say he is suffering from a long-term illness.

Fulham tweeted early Sunday evening: “We are devastated to hear the news that Papa Bauba Diop has died at the age of 42૨. Relax, wardrobe.”

Portsmouth posted: “We are shocked to hear reports that FA Cup winner Papa Bouba Diop has just died at the age of aged૨ after a long illness. Quietly, the wardrobe.”

Lance tweeted: “It’s very sad that racing club LF Lens has just learned about the death of its former player Papa Bauba # Diop at the age of 42. We are deeply saddened by the loss of their loved ones.”

Among Dip’s many achievements, he will always be remembered for scoring the opening goal of the 2002 World Cup. RIP, Papa Bauba Diop.pic.twitter.com/O2tG9xj5J7

He made more than 80 appearances in all competitions for Fulham, scoring nine goals. Diape went to Pompeii in 2007, for which he appeared more than 50 times.

See also  Police arrested and injured after riots in London

He was a key member of Port Orts Smith’s 2008 FA Cup-winning side. Harry Redknap, Who managed that team, said Sky Sports News: “Absolutely strange character, never heard a bad word for anyone from his mouth.

“Everyone loved him. I felt like signing him to Portsmouth and then I lost him, he ended up going to Fulham. I went to see him at Fulham for a while. He was such a good player, strong and powerful and he could pass. He played for the Senegal team that beat France in the World Cup.

“Then I finally took him to Portsmouth and he was very impressive in what we achieved. She was a top player and a top person, always laughing, always laughing. Papa was so lovely to be around and I am really upset to hear this news. He was really a special character. “

August Gustin Sangore, president of the Senegalese Football Federation, tweeted: “Thanks to him and the class of 2002, the whole world discovered Senegal.”

“I pay tribute to the good footballer, respected by all for his courtesy and talent, proudly reminding us of the story of the Lions in 2002. I extend my heartfelt condolences to his family and the football world.”

Current Senegal international and Liverpool star Sadio Mane Wrote on Instagram: “Pepe Buba, it was with a broken heart that we learned about you (death). Know that even if you don’t say goodbye to us, you will remain in our hearts forever.”