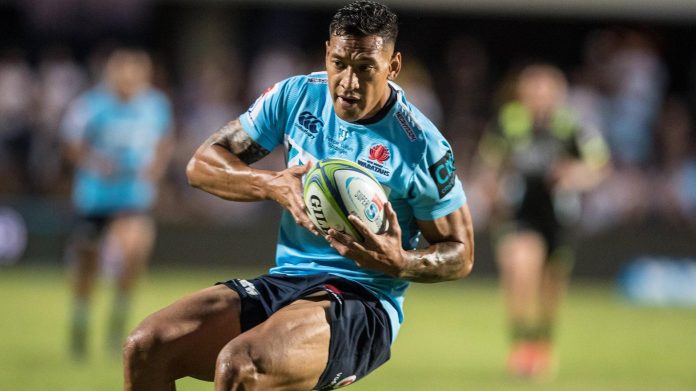 Israel Folau may be at the end of his career at just 30 years old. Reason: Hate posts against homosexuals on social media – this was not the first incident.

The reason for this is the various messages of Folos in the social network. In it, the devout Christian explained, among other things, that hell awaited homosexuals. With the expiration of the contract, the 73-time national player is now facing the end of his career.

“Izzy” Folau was last active for the New South Wales Waratahs in the Super Rugby League. Last month he wrote on his Instagram account to “drinkers, homosexuals, adulterers”: “Hell is waiting for you.” On Twitter, he was outraged that entries in the birth register in the state of Tasmania would no longer have to specify gender. Folau received a warning last year for wishing gays hell.

Several hearings have taken place over the past few weeks, which have now ended with the premature termination of the four-year contract. From a union’s point of view, discrimination against people based on their sexual orientation is “inconsistent” with the values ​​of the game. Managing director Raleigh Cassel said: “Israel has left us no choice.” Rugby Australia is responsible for both the national sporting operations and the national team.