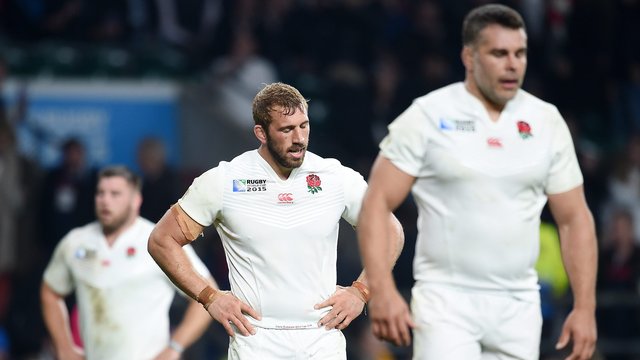 LONDON (AP) – England is puzzled. The premature exit of the rugby team at the World Cup in their own country has caused disappointment and uproar.

“We are at the end of the world,” was stint on the island after the co-favorite’s historic 13:33 defeat against Australia. For the first time in World Cup history, a host has failed in the preliminary round. Captain Chris Robshaw admitted, “We think we have let the nation down.” “We have to apologize.”

For the proud sporting nation of England, it was the third consecutive disappointment in a national sport. Prior to this, football players and cricket teams also finished in the preliminary round in World Cup tournaments.

The rugby champions’ defeat was already indicated at 25:28 against Wales last week. At the former world champion’s duel on Saturday evening, the terrified Prince Harry at Twickenham rugby temple could not help but end up putting his hand in front of his face. The team was overtaken by the mighty Australians. The outstanding Bernard Foley made two out of three attempts, a rise and converting four penalties. With 28 points, Foley almost single-handedly decided the game.

“This is very painful,” tweeted former England World Cup hero Johnny Wilkinson after the Hammers were eliminated from Group A, with Australia and Wales qualifying for the quarter-finals. England coach Stuart Lancaster is set to draw some conclusions after next Saturday’s group match against Uruguay. “I know who is responsible,” said Lancaster, who has a contract with the association until 2020.

The consequences of the World Cup organizers’ initial failure for the gigantic spectacle cannot yet be fully assessed. There are still four weeks left for the finale to be held on October 31. Pub owners and breweries fear losing millions, but the enthusiasm for the game is still great and what’s happening in other groups is exciting as well.

In Pool B, former champions South Africa made up for their sensational opening defeat by Japan with a 34-16 win over Scotland. Although the Japanese won 26:5 against Samoa, they are only third with 8 points behind South Africa (11) and Scotland (10). They will have to expect slips from the Springboks and the Scots on the last day of the game. With a 43:10 win over Georgia and their third win in three matches, defending champions New Zealand quickly secured their ticket to the knockout stage.