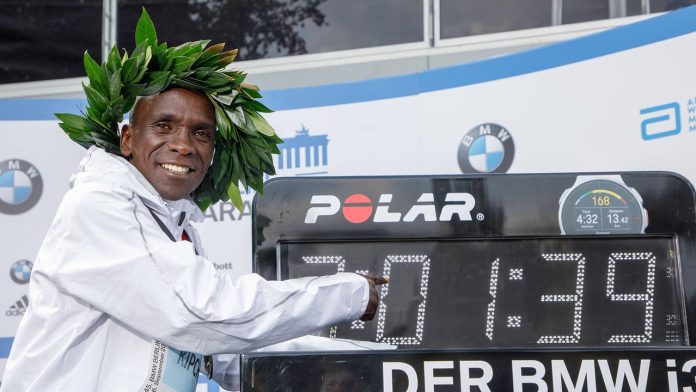 About 25,000 runners start at the 47th Berlin Marathon. The overall victory was won by Guay Edola of Ethiopia. The top favorite crosses the finish line in third place. Gottitom Gebreslej won the women’s race with ease.More

Ethiopia’s Adola, who won the 47th Berlin Marathon last year with a timing of 2:05.45, is now looking to defend his title.

Eliud Kipchoge recently stopped participating, but his world record of 2:01.39 hours, set in 2018, still holds. The Kenyan recently won a gold medal in the marathon distance at the Olympic Games in Tokyo and became the first person to run 42.195 km in less than two hours in 2019. However, the performance is not considered a world record due to lack of competitive conditions.