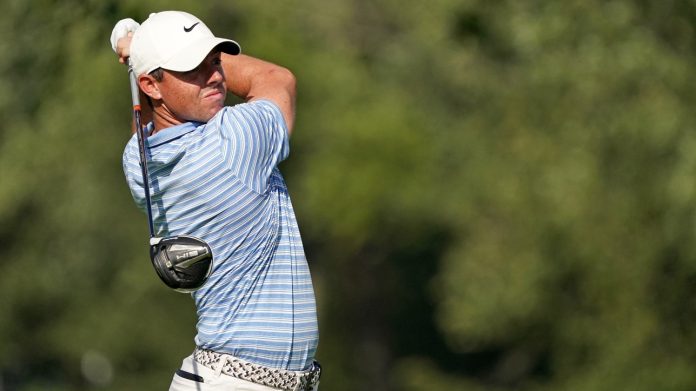 Tough Friday for golfer Rory McIlroy in the second round of the Scottish Open: The Northern Irishman was eliminated after a day when a spectator managed to steal one of his sticks.

McIlroy completed the course on par (71 strokes), which was insufficient to pass the cut and play the rest of the competition, which was dominated by Spaniard Jon Rahm, Belgian Thomas Detry and Englishman Jacques Sr.

It was during a discussion between two golfers, in the presence of American Justin Thomas, that a man managed to slip behind them to try one of the clubs from Northern Ireland.

On video circulating on social networks, we see this spectator approach the golfer’s bag, then grab one of his clubs, before trying out a few moves, under the gaze of the former world number one player. ,

“I was surprised. Everyone saw what happened on television. It was skillfully done. I don’t know who that is,” McIlroy said.

The man was eventually pulled out by a security guard after the club was handed over to McIlroy’s caddy, Harry Diamond.

“The investigation is ongoing,” police said in a statement. He said the person was taken to the hospital.

“He came in so confidently, we thought he was going to ask us for a picture, or maybe he was a cameraman or a photographer,” Rahm also described.

“When they took it back, we found the reason for this action. Rory and I didn’t say anything. He was holding a club and we didn’t want to get injured,” the leaderboard continued.

The Scottish Open is the first tournament spectators have been allowed to attend a sporting event in the country since the easing of COVID-19 restrictions.

A man walked up to Rory McIlroy on the 10th tee of the Scottish Open this morning, grabbed his headcover, pulled out an iron and walked away like he was walking through the Golf Galaxy. pic.twitter.com/HPh3F8tyGi