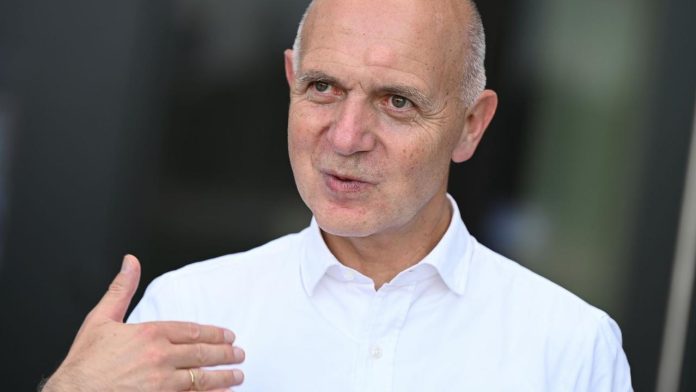 Many changes to the law in the desert emirate are “just being implemented insufficiently,” Neuendorf told the “kicker” (Monday). He also sees “clear differences” in “women’s rights, freedom of the press or LGBTIQ+ issues”.

Neuendorf, who supports calls for the establishment of an aid project for the bereaved of World Cup workers killed in a crash, is traveling to Qatar in November and December with Federal Interior Minister Nancy Feser (SPD): “We can and should position ourselves as the DFB, but political local support is extremely important, so I’m glad Nancy Feser suggested a trip to Qatar together.”

The DFB president is skeptical of World Association boss Gianni Infantino’s statement that the World Cup in Qatar will be the biggest tournament ever: “But today we can already say with certainty that it will be one of the most controversial World Cups ever.” There is one. Happened till today.”

See also  England vs Belgium is on which TV channel? Kick time and live stream