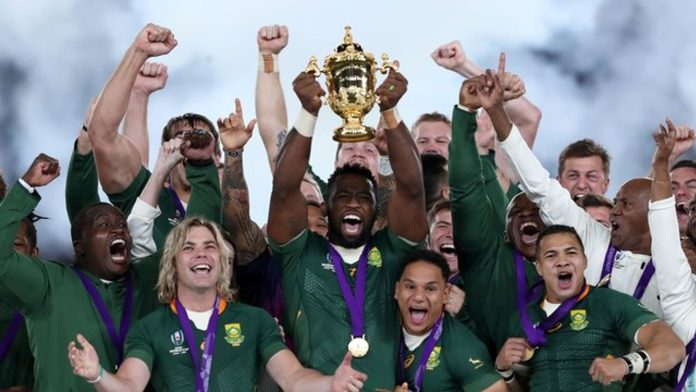 The favorite seemed puzzled and made many mistakes. Pollard gave South Africa a 3-0 lead with a penalty. The British fans were silent for a moment. Prince Harry, sitting in the stand next to Japan’s Crown Prince Akishino, also looked serious. “Your performance during the tournament delighted fans and inspired many across the country,” wrote Queen Elizabeth II in a message to the England team ahead of the final, which was brought by grandson Harry.

But this time they were not as strong as the 19:7 in the semi-final against New Zealand, when England shone with the team’s brilliant performance and strategy. There was no match against South Africa’s extremely strong defence. England scored through a penalty from captain Owen Farrell.

The break time of 6:12 was a bad omen for England: never before had a team won a World Cup final that was behind half-time. The advantage of the Springboks in the crowd was seen in the second half as well. Powerful South Africa stunned their opponents with tremendous strength and physique. As Pollard continued to score with a penalty, his team held the lead.

The decision came in the 66th minute. Lukhanyo M ran through England’s defense and served free Mapimpi, making South Africa’s first try in a World Cup final. England was now disintegrating. Kolbe also made another attempt for the Springboks. South African players hugged each other in the last few minutes. “South Africa” ​​is already inscribed on the World Cup trophy as the new world champion.