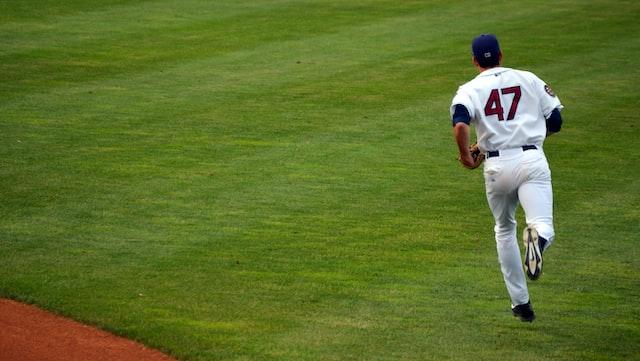 MLB is the most prestigious baseball league in the U.S. Baseball, in general, is a much liked and watched sport in American households. Many consider it the favorite pastime, drawing the attention of millions of people.

MLB season 2022-23 is underway, and we have already seen some intense and thrilling contests. Some of them were dramatic and close matchups, thanks to the ever-brewing rivalry between the teams. Like any other sport, MLB has passionate fans and a history behind the teams competing against each other. Such rivalries push teams and players to go the extra mile and win the match.

It is good for the league. Teams having conflicts keep the league alive and exciting. As compared to the NFL and NBA, MLB still needs to do more to reach that popularity. Yes, there is a strong and large fan base, but limited to the U.S and Canada only. MLB would like to reach beyond the borders.

So, which are the biggest rivalries in the MLB? Why do fans of their respective team despise each other? What are the reasons behind the rivalry? Let’s find out.

It is the most fierce rivalry in MLB history. Since the beginning of the league, the two teams have been at each other. What used to be a fight for the best city in the U.S., the sport had added the fuel to the fire.

They both competed against each other thousands of times. The resentment is still there. Their rivalry has been intense on and off the field. Whether it is a battle in the stadium for division titles or signing players, both teams have their competitive hats on.

To sum up their biggest rivalry moments, there are a few worth mentioning. In 1919, the Red Sox sold Babe Ruth to the Yankees to overcome financial troubles. It was that moment that ignited the rivalry. Since receiving Babe Ruth, the Yankees progressed and became one of the greatest teams in MLB. They won multiple World Series, while the Red Sox had an 86 years drought of winning a championship.

Similarly, Aaron’s game-winning home run in game 7 in 2003, the Red Sox sweeping Yankees in 2004, and Bucky Dent’s historic home run for the Yankees to win the divisional title. Further, there have been fights among players, including Martinez’s brawl with Don Zimmer and Jason Varitek.

Whenever the Red Sox and Yankees collide, the temp of the game is on the rise, and fans are extremely vocal.

It is the oldest rivalry in the MLB. The Giants and Dodgers have been going at each other since 1889 when they both played in New York. Even after moving to California, the feud between the two did not stop. After competing thousands of times, the Giants have a better record in head-to-head matches.

Nothing is boring when there are mammoths of teams contesting. They have provided fans with some iconic and memorable moments in MLB history, including Bobby Thomson’s shot that took the Giants into the World Series. Another close match between the two was in 2004 when the Dodgers were losing 3-0 and made a comeback because of Steve Finley and won the west division title. Similarly, there have been fights on the field. The most famous is the confrontation between Juan Marichal and John Roseboro.

The rivalry of the territory or some likes to call it Downstate Illinois rivalry. It is one of the oldest rivalries dating back 130 years. The primary element in this feud is the fans because both teams belong to the same location. There are fans who support the Cardinals instead of their home team Cubs.

When Ryne Sandberg hit two late-inning home runs for the Cubs against the Cardinals in 1984, the rivalry really kindled. The battle heated up again in 1998 when Mark McGwire and Sammy Sosa went toe-to-toe for the record for single-season home runs.

Also, the fights between Fergie Jenkins and Bob Gibson in the 1960s and Al Hrabosky and Bill Madlock in the 1970s have their fair share of rivalry. More recently, the Cardinals defeated the Cubs in a four-game streak to advance in the playoffs.

You know things get heated when two teams from the same city compete. There is an inbuilt rivalry and the competition of being the best. Well before the inter-league play, from 1963, both teams have been going at each other. It was the Mayor’s Trophy that brought the whole of New York to the match.

Since the inter-league, the rivalry has flared and grown. Particularly in 2000, when both played against each other for the World Series. However, the Yankees won the series in five matches, but all of those games were tight and went to the wire. In total meetings of 138 matches, the Yankees have the upper hand with 82 wins. Resulting when two New York teams play, the MLB odds become unpredictable.