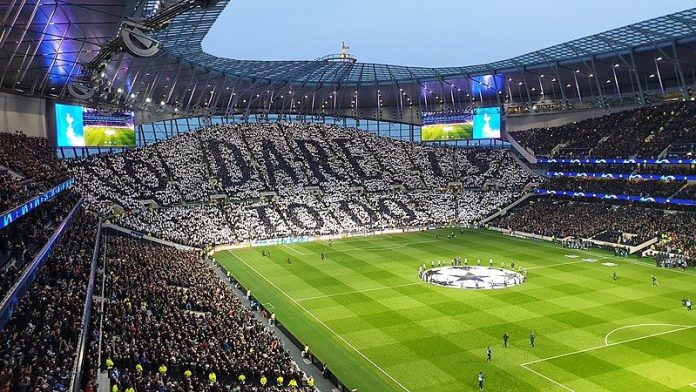 The Champions League is back and with it comes a whole new world stage for some of the worlds best teams to battle it out. With some of the world’s largest international teams and reining champs Liverpool all fighting for the number one spot, this is definitely one to watch. But who will come out on top? In this article, we will be providing you with all the info you need as we head into the next round of group stages.

The Group Stages For The Champions League

As the Champions League got underway in August of 2020 the world has been through several stages of the pandemic. With much changing around the world, the need for live sport to boost morale has become more important than ever before. With this, the Champions League has certainly not disappointed. With several amazing match-ups being played as well as many more to come, there are several surprises such as Manchester United’s win against PSG that have kept the audience on the edge of their seat.

With 2 more group stages to be played over the course of the next few months, there are several amazing match-ups for you to enjoy. Before it ends in the latter half of December, we are set to see some of the world’s biggest teams running head to head in the 2020 in the Champions League. Which of these do you think will be the leading team in the championship this year?

Changes To The Champions League As A Result Of Covid

As a direct response to the Coronavirus pandemic, there have been several changes that have been made to sporting events in order to keep everyone safe. With the lack of spectators in the stadiums and Covid protocol for travelling teams, the running of this championship has been changed to make sure that it can all be done safely. Not only are there several checks being done, but the overall structure and scheduling of each game has been changed due to several leagues being postponed at the beginning of the year.

One of the main changes that have come from this is the semi-finals and quarter-finals are now taking place in single-leg ties. This speeds up the process and makes sure that the championship stays on track and is completed ready for a number of other leagues to start in the new year. The quarter-final matches will take place in Lisbon and Portugal to make sure that everything is done in a controlled environment with limited travelling. This not only keeps the Covid risk as minimal as possible allowing the league to be played all the way through with minimal disruption.

An Amazing Run For Bayern Munich

Throughout the league so far, there has been a hugely impressive performance form Bayern Munich in the group stages. With a highly impressive performance thus far, and a current position at the top of group A the outstanding team have won three out of the last five games that they have played meaning that they are definitely one of the best teams out there at with some of the highest betting odds according to sites reviewed on SBO and several of the other leading sports betting sites for the Champions League.

Front Runners In The Champions League At This Early Stage

Along with their amazing performance, there are several other huge teams to look out for in the 2020 Champions league with raining champions Liverpool coming back fighting to hold onto their Champions League titles. To help you stay ahead of the curve, we will be providing you with insight into some of the top teams that we think could be the next raining champions at the end of the league. Some of these teams are:

With many bookies marking these with some of the highest betting odds, these leading teams are well on their way to battling it out as we head into the final stages of the championship. Which will you be putting your money on?

Whether you are new to watching football or you have been following this in your spare time, there is plenty for you to be excited about as the end of the league draws nearer.