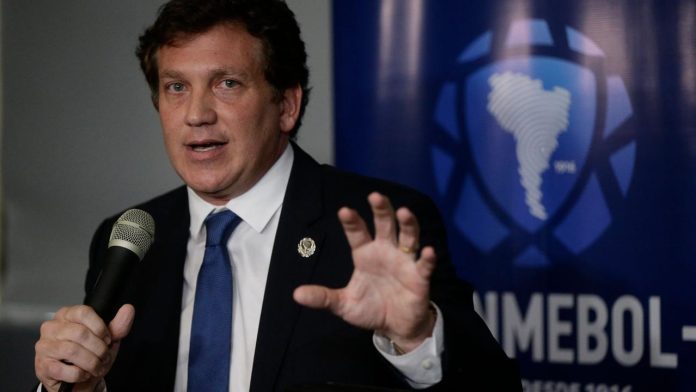 The Continental Football Associations of Europe (UEFA) and South America (CONMEBOL) have opened a joint office in London to accelerate and expand their cooperation.

Both associations said UEFA president Alexandre Ceferin and his colleague Alejandro Dominguez sealed the deal in the British capital. The London location aims to accelerate joint projects in various fields, including football programs and training courses for coaches and referees.

The first major sporting event that CONMEBOL and UEFA are now holding together is the “Finalissima” – an international match between Copa América winners Argentina and European champions Italy. Tickets for the match to be held at London’s Wembley Stadium on 1 June were sold out in a week.

CONMEBOL boss Dominguez acknowledged the “historic importance” of the joint office and emphasized: “CONMEBOL and UEFA have decided to take their cooperation to a higher strategic level.” The office will help both associations work “together for the development of football within our associations and beyond”, Ceferin said.