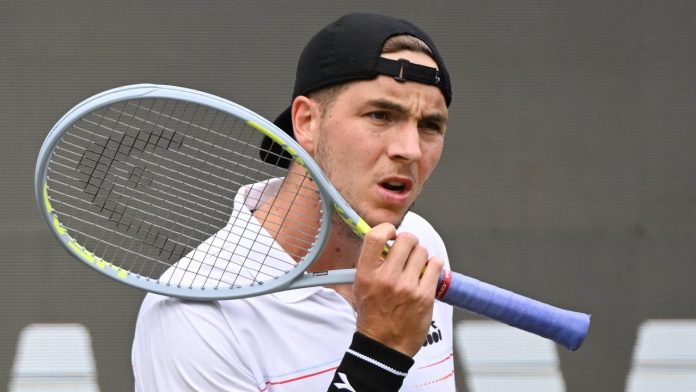 Local hero Jan-Lenard Struff will receive a wild card for next week’s lawn tournament in Halle, Westphalia. The organizers announced this on Friday.

Struff, 32, recently celebrated his return to Stuttgart after a long injury but was knocked out in the round of 16.

Struff (Warstein) was once in action for Blau-Weis Halle in the Tennis Bundesliga, but his record in ATP tournaments is poor: in eight main field participations, he failed six times on the first opponent and twice on the second opponent. . , However, in the previous year, Struff surprised with his first-round victory against Russian top player Daniil Medvedev.

Jannik Sinner, who is ranked twelfth in the world rankings, will not be in Halle at the start. The 20-year-old South Tyrolean canceled his participation due to a knee injury that forced him to retire against Andrei Rublev in the round of 16 at the French Open.