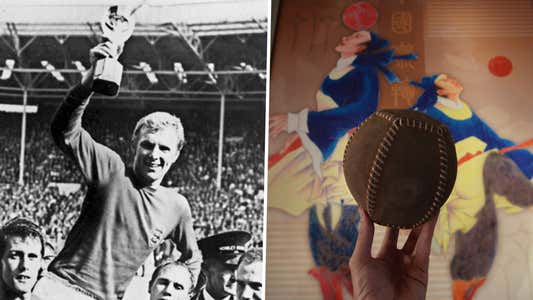 Football is undoubtedly the most popular sport in the world – and major events like the World Cup, where millions of people watch the game, are the best proof of this.

Football is for everyone and is played everywhere: on the street, in private gardens, on deserted squares or any other open space of any kind. When it comes to ball sports, it doesn’t matter whether you are indoors or outdoors. You can also enjoy it as a video game and thus follow it in almost all areas of the game.

Due to the fact that it only takes a ball, a few players, any position and a rough idea of ​​a goal, it is no surprise that football has slowly been able to conquer the world.

Ball games are part of human nature and football in particular as we know it today has become a part of social life across the world since the 19th century.

Who invented football and when? Where Did “The Beautiful Game” Originate? aim Take a look at the history of the game.

Who invented football? and when?

Today’s football originated in England. The first rules were set there in 1863 by a football association.

The basics of football have changed little since then. Of course, the rules of the game have always evolved, with the introduction of video evidence (VAR) being the most recent example. But the outline and goal of the game remains.

There were a variety of versions of the football game in England at the time, most of which were played on the lawns of public schools. But since there were few rules, the game was like chaos.

There were a few rules, examples of which are the “Cambridge Rules” or “Sheffield Rules”, but these often only caused arguments or confusion among players.

It’s difficult to pinpoint the obvious inventor of football, but Ebenezer Morley is often referred to as the father of the sport.

Morley was not just one of the many schoolchildren who played football, he was the founder of the Barnes Football Club. One day he wrote a letter to Bell’s Life newspaper, taking the first step towards a historic meeting that would eventually establish the new rules of football.

This meeting took place in London on October 26, 1863, and was attended by representatives of 12 clubs, and laid the foundation for further development.

Today, the world governing body FIFA controls what is happening in football around the world. It was founded in 1904, 41 years after the English FA.

The IFAB (International Football Association Board) acts as the custodian of the game. It is an international body that advises and decides on changes in the rules of football. FIFA and the four British federations of England, Scotland, Wales and Northern Ireland are also responsible here.

What were the earliest forms of football?

While many in England proudly claim to have invented football, the fact is that similar forms of the game can be traced to other places much earlier.

In fact, the earliest form of the game is thought to be kuzu, and was practiced during the Han Dynasty, which dates back to 206 BC. May have been played in China as far back as 220 AD.

“Kuzu” means “to kick the ball” and was intended to shoot the game device into the net.

As in the first forms in England, it was forbidden to use hands.

Also in ancient Greece there was a game similar to football called “episkyros”.

The highly team-oriented game was usually played between two teams of 12 to 14 players, each with a ball. However, the rules of the game allowed the use of hands.

However, “Episkiros” was quite a brutal sport with a considerable physique. The Romans are said to have known “Harpston” as a mixture of handball and rugby, which is said to have originated later.

As can be seen, various forms of the ball game have spread around the world over time and developed gradually.

The English FA and FIFA have managed to set a standard that is loved or practiced by fans around the world. the rest is history.