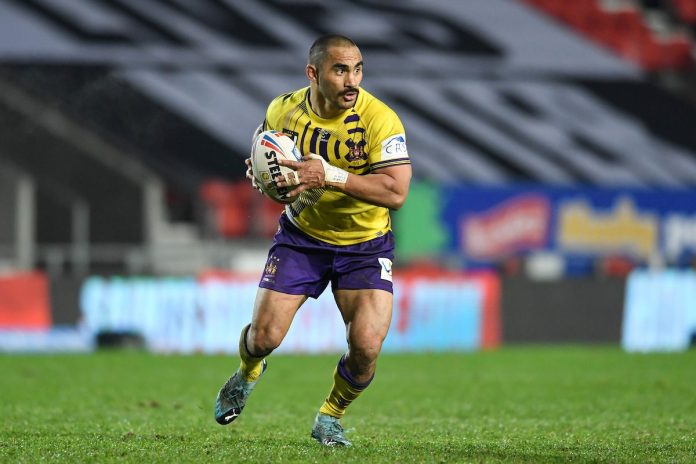 As Tommy Lului prepares to make his 300th appearance for Wigan in the final match of the regular season on Friday, the veteran halfback has been told he is playing very well to retire.

The new-old New Zealand man is out of contract at the end of the season and has announced whether he will be his last as a player before joining the Warriors’ backroom staff, but, if the decision was up to head coach Adrian Lam, he will play in 2021.

“Last week I felt like he played his best game of rugby in my time here,” Lame said.

“It’s a year-on-year proposal with Tom, the decision is in his own hands and, with his relationship with the club, he can be left to the last minute.

“It simply came to our notice then. They are part of our leadership group and I go to them a lot for feedback and often in selecting players.

“He knows he’s getting a little older now but is he ready to tell him one day? Not at all. “

Lului, now in his second term with Wigan, was an effort-scorer to win 18-6 at St. Helens last Friday, enabling his side to move to the top of the table and secure the league leaders’ shield with a win over Huddersfield. Headingley.

Aiming to stop them – and hand over the trophy to the Saints – is former Wigan scrum-half Luke Robinson, the Giants’ caretaker coach, who was once under the Law of Money wing and groomed as his successor until he moved to Salford.

“I think they got it wrong,” Lame said. “In my last two years at Wigan he was under me and I spent a lot of time talking to Luke.

“I have a lot of respect for him. He was a great player and a great rival and he definitely made a difference at Huddersfield. “

Huddersfield are guaranteed seventh place following Salford’s decision to cut three wins for violating insolvency rules and will therefore be on standby for the play-offs if any of the above six clubs are unable to complete their fixtures due to the epidemic. .