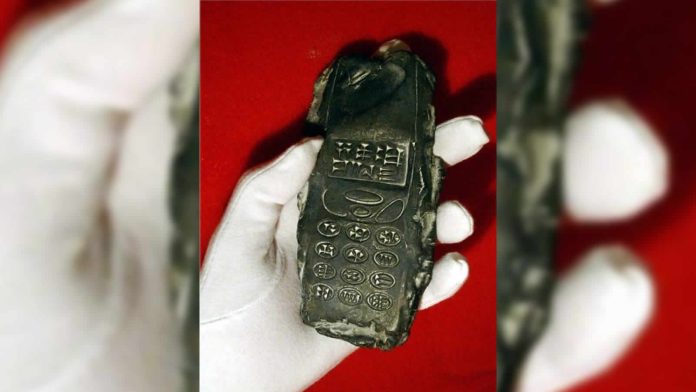 We can answer this question directly because we covered this topic earlier in 2016! Subsequently, conspiracy theorists posited that the symbols on the “alien phone” would be similar to the signs of the ancient Sumerians.

It’s about this video:

The Arts & Crafts “ART Replica” in Salzburg/Fuschl MC released this cell phone under the name “Babylonokia” in 2012 and apparently used it as a marketing tool. At that time the artist Carl Weingartner also contacted us and told that the works belonged to him.

The photo was distributed via Youtube without his knowledge and consent. According to Weingärtner, the sound effects of mobile phones containing cuneiform characters were only intended to establish a connection from the beginning of written information recording to today’s information age.

Information: This material reflects the current status at the time of publication
Was. Used for playback of individual images, screenshots, embeddings or video sequences
Discuss topic with topic.