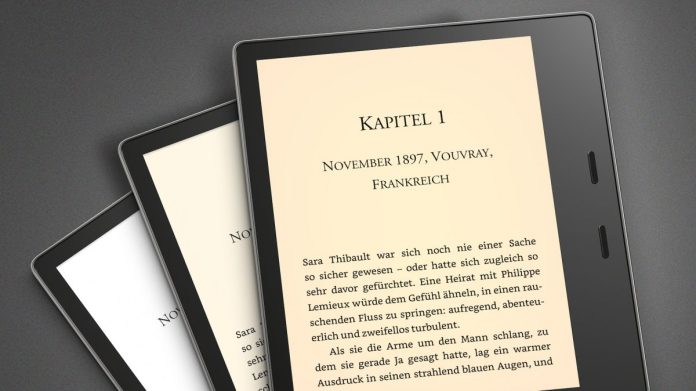 Amazon has stopped selling digital goods in its Android app due to the tightening of payment guidelines in the Google Play Store. It also affects e-books for Amazon’s Kindle ecosystem: they can no longer be purchased in the Android app.

Amazon previously stopped selling Audible audio books. This is the company’s response to Google’s stringent guidelines in the Play Store, which are effective from April 1. As of the reporting date, Google had put a hold on several workarounds to the pre-existing guidelines. Starting June 1, all apps that don’t comply with the rules will be removed from the App Store, Google confirms in a support document.

If you want to buy e-books from Amazon now, you’ll get a note instead: “This app does not support purchases,” it says there. A link leads to clarification: To comply with Google guidelines, you will no longer be able to purchase new digital content from the app. Instead, you should wishlist the item you want in the app and then buy it from a desktop computer.

Google introduced the changed guidelines in September 2020 at the height of discussions about its mandatory fee of up to 30 percent, which the company attributes to all digital sales generated in the Play Store. Google processes this 30 percent using its own payment method, which is mandated in the Play Store. That’s why app providers were looking for ways to integrate their payment methods into their apps. Various tricks like integrating browser windows for payment processing are prohibited under the new guidelines.

This restriction expressly includes “webviews, buttons, links, advertising messages, advertisements or other calls-to-actions integrated into the Apps” as well as ordering processes that require users to make payments other than Google from the App method is redirected. Run a billing system.

In recent months, pressure has mounted on Google and Apple. In South Korea, Google must now allow alternative payment methods – the government had forbidden Google and Apple from forcing their payment methods with “unfair charges” in their stores. The Digital Markets Act could also force Google to relax further. Google also wants to allow select companies to sell their content at no charge. As of now only Spotify is allowed to do this.