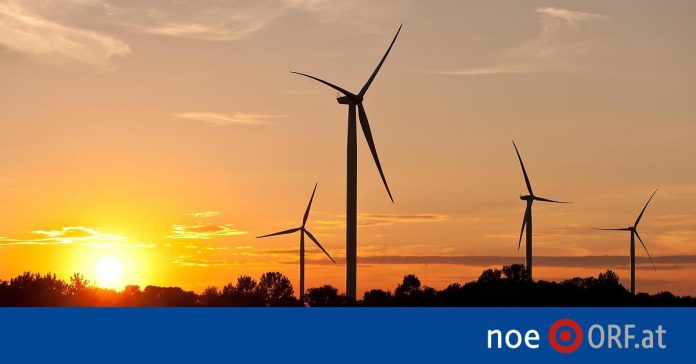 The simplification of approvals for the so-called “re-powering” of wind turbines and public participation in large wind and photovoltaic projects should be made possible by the new legislation. However, it was postponed in the construction committee on Thursday morning. The SPO wanted more time for evaluation, which was granted to the party.


Now a decision is to be taken in the November meeting. Apart from deciding when the state elections will be held, the energy issue will again play an important role. In general, opinions on the status of renewable energy in Lower Austria vary widely, as shown by the current hour.

Greens: “ÖVP has been stalling expansion for years”

Anton Kaser (ÖVP) noted the successes: “Half of Austrian wind power comes from Lower Austria. And with photovoltaic electricity it is at least a quarter. The new, very ambitious expansion program favors Lower Austria to balance this. will change multiple times.

NEOS spoke of lack of willingness on the part of OVP to pursue the expansion. State spokeswoman Indra Colini called the climate policy “missing”. “The truth is that Lower Austria is at the bottom of the field. The truth is a declaration of bankruptcy for the country’s climate policy,” Collini said.

The Greens took a similar line. OVP had blocked the expansion for years. “We have a wonderful country. We have the sun, we have energy that never runs out. And we don’t use it because the majority party in this country doesn’t want it,” criticized state spokeswoman Helga Krismer.

SPÖ: “The power grid is not powerful enough”

The FPO spoke of a “snacking course” by the OVP – because, according to Dieter Dorner, it wouldn’t work without fossil energy. “Lower Austria has to import nuclear power and coal-fired electricity from abroad to ensure its electricity supply. With wind and solar power, you cannot ensure base-load power generation,” Dörner said.

The SPO was originally agreed with the expansion path, but a lot is still missing, especially as far as the power grid is concerned. “As a result of the energy transition, many small power plants, wind turbines, photovoltaic systems, hydroelectric power plants or biomass systems are being built. As a result, the power grid is fundamentally changing and new lines have to be built,” says Katherine Schindel ( SPÖ).